ANTOINE GRIEZMANN has bizarrely blamed playing in front of fans and the weather for France’s shock draw with Hungary.

The reigning world champions and Euro 2020 favourites slipped to a shock stalemate against the overwhelming Group of Death underdogs.

Around 61,000 fans were in attendance at the Puskas Arena for Hungary’s draw with France[/caption]

France won their opening game against Germany 1-0, while Hungary were thumped 3-0 by Portugal after a late collapse.

Didier Deschamps’ men were expected to stroll to victory in Budapest.

But playing in front of 61,000 fans at a packed Puskas Arena in 31C heat was all too much for France, according to Griezmann – who scored his side’s equaliser in the 1-1 draw.

Griezmann moaned: “We are out of the habit of a full stadium.

“The match was very difficult with the public. We didn’t get along.

“The pitch was dry. It was hot and heavy but we knew that before the start.

“We were caught on the blocks and we paid for it.

“It is the Euros, with great nations and great players and, even against Hungary, it is hard.” 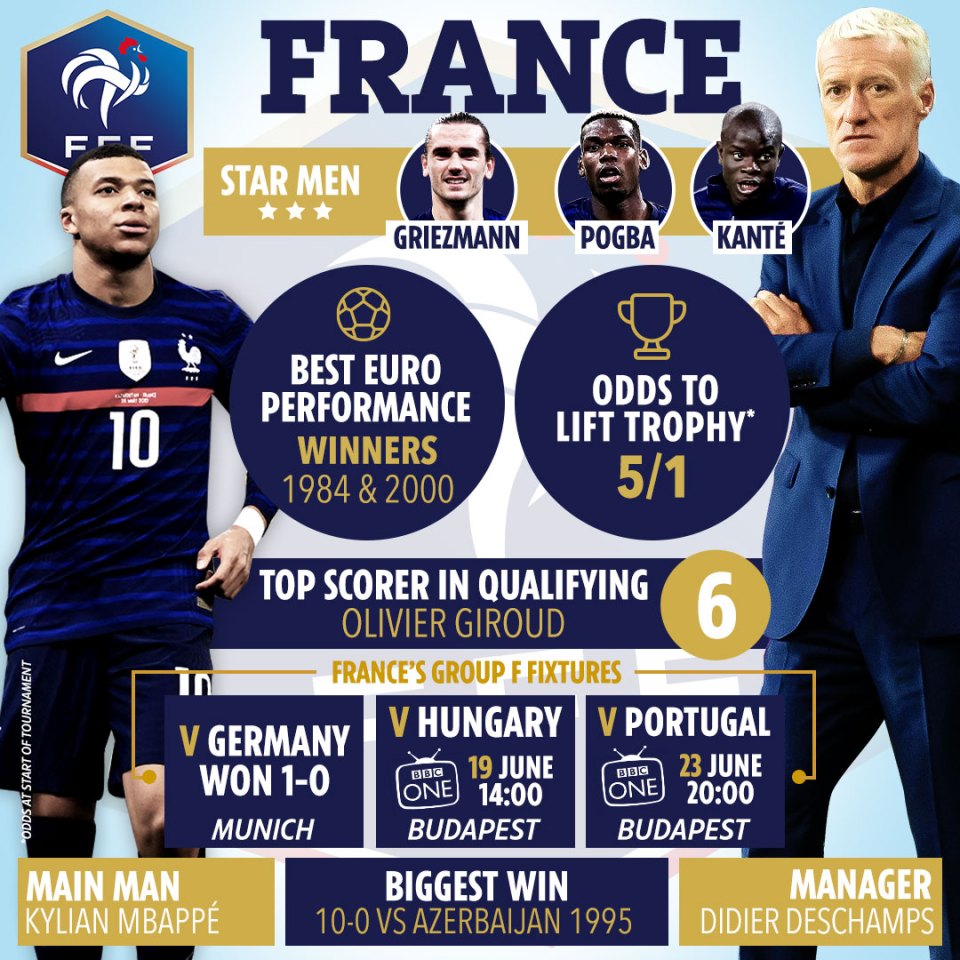 Deschamps joined Griezmann in blaming the intense Budapest heat for the lacklustre draw.

The French boss said: “I’m not trying to make excuses but it’s a reality…

“The players were asking for water breaks every five minutes.

“It was more difficult for us than the Hungarians. They were a little bit more dynamic than us.

“The day before, we trained at 2.15pm and they were out of breath, it was so hot.

“We were not as fresh as we could have been but that doesn’t mean there weren’t opportunities.

“The first 15 minutes were slightly laborious for us, it took us time to get into our groove.

“We had opportunities but could not find the net and then came the sucker punch.”

I’m a proud cougar – I’m double the age of my boyfriend, I don’t care if I’m mistaken for his mum

What was TikTok star Anthony Barajas’ cause of death?