By Kwame Boakye For Mailonline

Conte’s side are chasing a first Scudetto since the 2009-10 season, but won’t be significantly strengthening their squad in the race for the title.

Marotta has confirmed that Covid has had a sizeable impact on Inter’s finances and that all clubs are in the same boat. 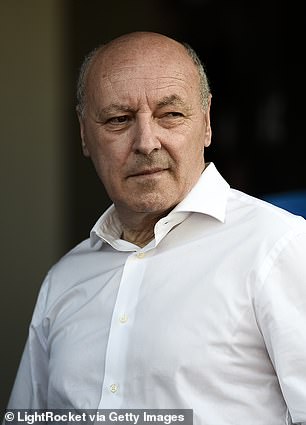 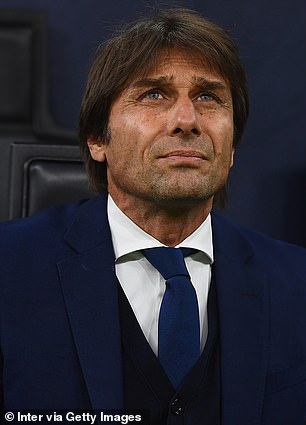 ‘All clubs are working out their strategies and we have done the same,’ Marotta told Sky Sport Italia after meeting with head coach Antonio Conte and President Steven Zhang.

‘The club wants to always guarantee a balance between investment and revenue, not just Inter, but all big sides will be in the situation where COVID has reduced revenue, and therefore we won’t be making big investments in January.’

The Italian giants are seeking new investors, but Marotta rejected claims that owners Suning Holding Group had put the club up for sale.

‘The President released a statement yesterday and made it very clear that the majority shares will not be sold,’ he continued. 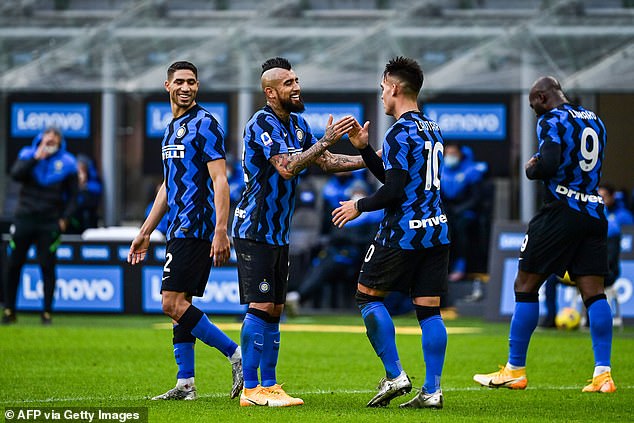 Inter are chasing the Scudetto this season, but there won’t be significant signings in January

‘The whole world is dealing with this pandemic, so every club must focus on stability and balance. We quite simply won’t see the same transfer market expenses that we had in the past.

‘The first situation we need to look at is costs and in Italy the cost of salaries and transfers has gone from 50-55 per cent of revenue to closer to 70 per cent.

‘So we need to revise the costs during a period where the revenue has inevitably been reduced due to COVID. That is true of all clubs all over the world. We must work to reduce costs and continue our long-term planning.’