FREDDIE LJUNGBERG was spotted laughing with Pep Guardiola after Arsenal were thumped at home by Manchester City – and Gooners are fuming with him.

Arsenal were trounced 3-0 by Guardiola’s men but the Swede did not seem too fussed at the end, enraging fans online.

Goals from Raheem Sterling and two from scintillating man-of-the-match Kevin De Bruyne saw City cruise to the win without getting out of second gear.

Tonight was Ljungberg’s fifth game in charge since he took over as temporary boss after Unai Emery was sacked.

And he has only managed one win from those and even that was against equally hopeless West Ham.

Against City, Arsenal failed to register a single shot on target after their first which was in the 30TH SECOND of the game.

And given the woeful nature of their team’s performance, fans online were not happy with Ljungberg’s reaction at the end.

One posted: “Freddie over having a laugh with Pep after getting trounced at home, it’s a joke.”

Another added: “Freddie looks like such a weak guy. Trying to suck up to Pep at the end. Will be so jokes when he’s sacked for Pep’s assistant.”

Even fans of other clubs got involved with one Liverpool supporter adding: “Ljungberg laughing and joking with Pep, after getting destroyed.

Speaking after the game, Ljungberg put pressure on Arsenal’s hierarchy to sort out the total mess at the club. 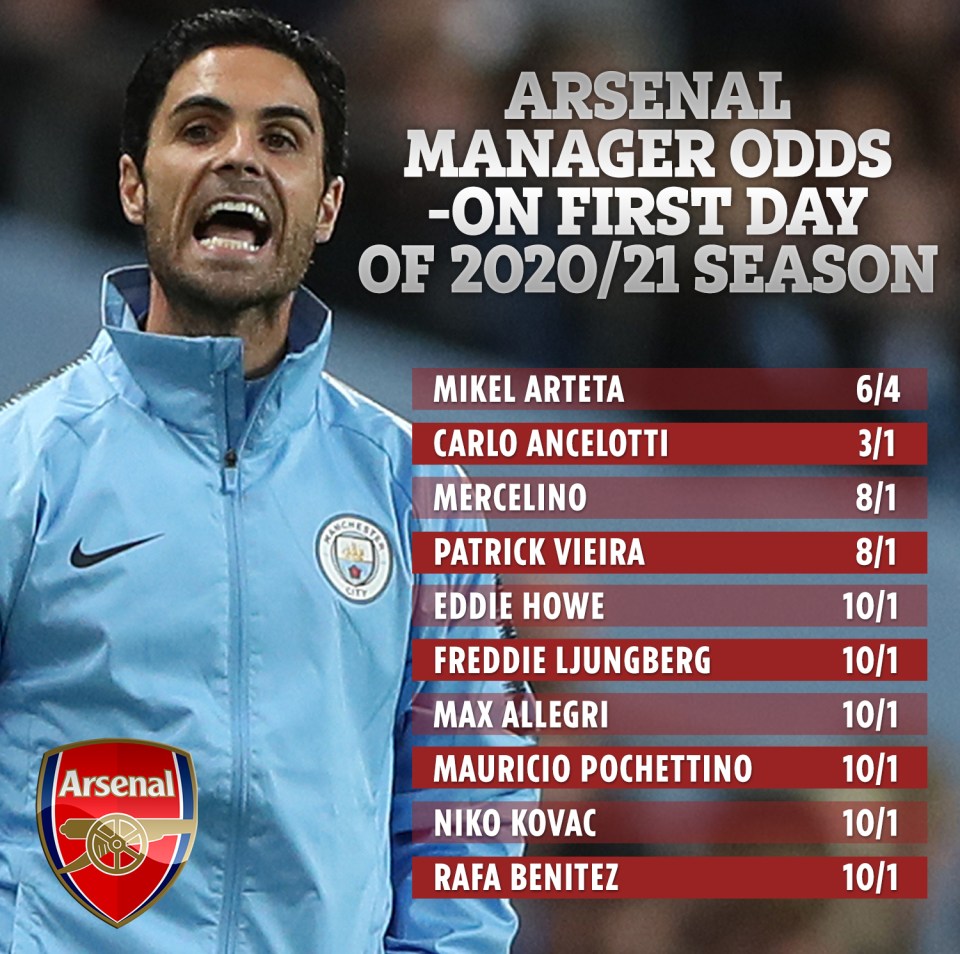 He told Sky Sports: “I’ve said to them they need to make a decision.

“We are here to help and the staff are trying to chip in but a decision has to be made so we can have the same resources as other clubs.”

The former Arsenal winger is faced with another dilemma after his decision to sub Mesut Ozil was met with a public show of petulance by the midfielder.

Ozil was hooked in the 59th minute and was replaced by youngster Emile Smith-Rowe and on his way off he removed his gloves and drop-kicked them towards the stand.


How Man Utd can climb to the top with £250m splurge on Haaland, Sancho and Saul


Lingard has daughter, 1, with fitness model lover as he reveals family struggle


How Man Utd could line up with Havertz, Haaland and Tuanzebe in academy XI

Asked after the game how he would deal with the 31-year-old, Ljungberg said: “I took Mesut off because I wanted some more energy in the team.

“How he reacts is up to him and we will deal with it later.

“I’m here on a day-to-day basis but of course we want players in the right way.”

Freddie looks like such a weak guy. Trying to suck up to Pep at the end. Will be so jokes when he’s sacked for Pep’s assistant.

Imagine Big Dunc joking and laughing if that was EFC getting battered. It wouldn’t happen, but Ljungberg thinks it’s fine ,,,,

Ljungberg laughing and joking with Pep, after getting destroyed. That’s embarrassing never my manager.

Ljungberg laughing with Pep about us

Ljungberg laughing at full time, probably part of the problem

Freddie laughing and joking with Pep after that. Pack your bags you baldy little jerk.

Freddie laughing away with Pep after the game doesn't help either..

Arsenal should sack Ljungberg now, they are sinking fast.

Either sack Ljungberg or back him

Had enough of these deliberate abdication of responsibility

POTTY training is no easy feat, but Aldi has introduced a new family toilet seat that will make life so much easier. The Mamia...

FRANK LAMPARD has just over one week to spend some of his £150m war chest, and appears to be growing frustrated with the...

A FOSTER mom who raised more than 600 children in the past 50 years has said she loved all of them “like they...

The Masked Singer is the weird and wonderful new hit talent show that really shouldn't work, but it really does. Despite...

TOTTENHAM could complete their first permanent signing of the January transfer window with a deal for Max Aarons reportedly close. And there have been...

Best affordable electric cars on the market unveiled – snap them...