Emma Hayes is drawing breath before a week which will bring a Champions League round of 16 game at Atletico Madrid, a League Cup final, plus a chance to consolidate Chelsea’s lead at the top of the Women’s Super League. The only time for this discussion is Saturday afternoon.

It is a significant conversation for her, she says, because International Women’s Day brings a greater chance for young girls to discover more about those who have blazed a trail.

‘Those wonderful women throughout history,’ as she puts it. ‘So many of whom grew up without having any female role models of their own.’ 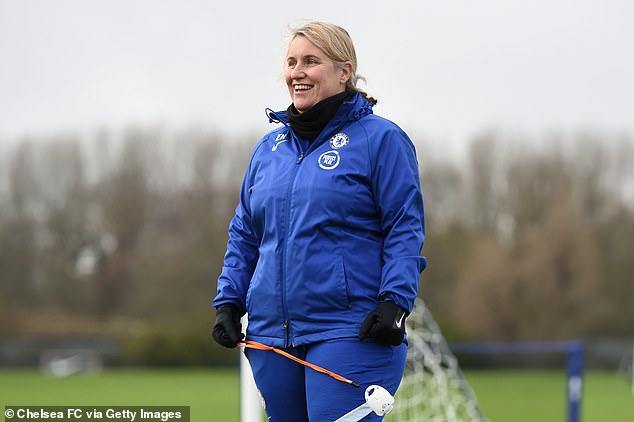 For many of her generation and some current players, the only role models were male. One of hers was Brian Clough, whom her Nottingham Forest-supporting father told her about.

As a child, she would go along to Forest games whenever the team were in London, where she grew up. She learned about Peter Taylor and John Robertson and would follow them as well.

But to see a woman succeeding tells every girl that she too can play for Forest or Chelsea or Manchester United. Sales of Chelsea kits with Fran Kirby, Pernille Harder and Sam Kerr on the back reveal how many more can see that pathway now.

Hayes’ brand of football helps. Technically and tactically, Chelsea’s 3-1 win over Manchester City in October, with Kirby and Ji So-Yun operating at the highest level, was better than anything on offer on a drab weekend of men’s football. 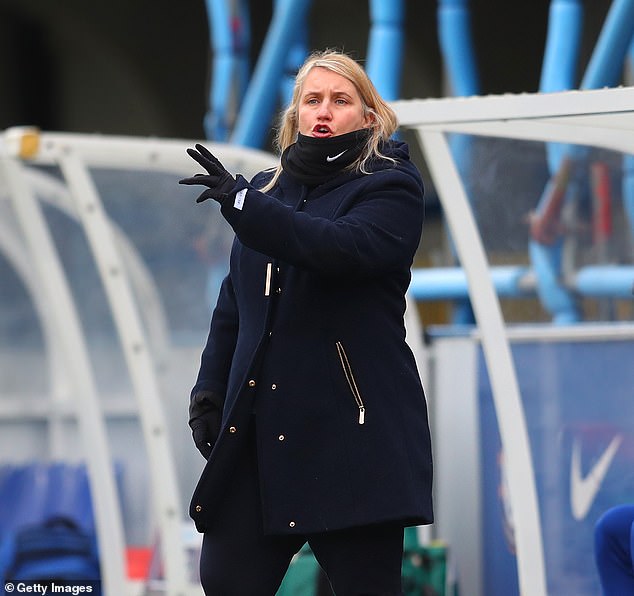 Getting this message through is still not easy, with preconceived notions about the women’s game so entrenched.

‘The way to grow the game further is to normalise the game in the public consciousness,’ Hayes says. ‘And you can only do that by exposure.

‘Not only women’s football being shown on mainstream platforms on a regular basis, but the print media allotting even more regular reporting that makes women’s sports sit side-by-side with the men’s game, instead of a tiny piece.’

It was a point her opposite number at Manchester United, Casey Stoney, also made on Friday. ‘You look at the back pages — how much of it is towards women?’ Stoney said.

‘You look at Sky Sports News, how much of that is towards women? Just a couple of years ago the statistic was that only two per cent of media coverage is towards women’s sport. That is nowhere near equality.’

Finding and nurturing the women to challenge the status quo is something the Women in Football (WiF) organisation is working hard at. WiF’s recent conference on mentoring covered much ground, not least how to help ensure that more women are in key journalism roles. 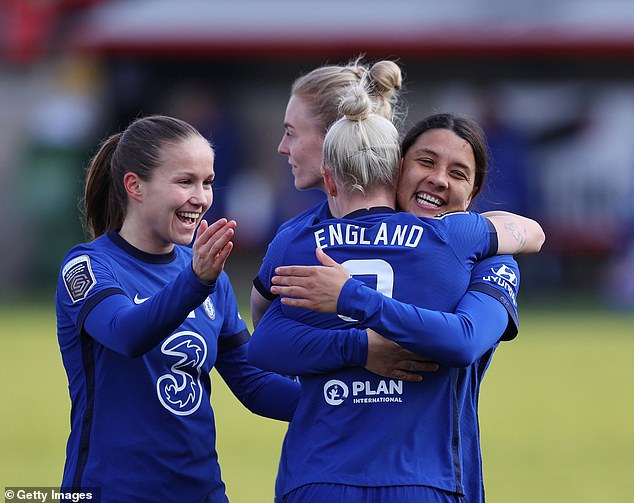 Fundamental to 44-year-old Hayes’ management is the notion that players should never seek excuses when things don’t go to plan. She is uncompromising about the women’s game’s need to apply the same philosophy.

‘The demand for more female role models, more coverage, more access to the sport is growing,’ Hayes says. ‘With that comes the expectations that deliver the best possible product.’

She welcomes match coverage that is challenging and gets to the point, rather than skirting around the details of teams’ performances. All part of the journey towards parity with the men’s game that she wants.

She also makes no bones about the need for better quality pitches, as we reach the end of a winter when postponements because of unfit surfaces have severely curtailed the programme.

‘The standards in place for an elite women’s league should not be any different from elite men’s teams,’ Hayes says.

‘The criteria for minimum pitch and stadia standards need to be higher across the board to ensure that fixtures are on week-in, week-out to ensure we sell our sport the way we need to.’

She believes the WSL is now ready to welcome an extra two teams, citing the presence of Liverpool and Leicester City in the tier below. ‘We are ready to go to 14, from there we can go to 16.

‘The big challenge is to make sure that the home-grown talent is there so the quality of the teams is good enough, with Brexit and the issues there will be to bring young international players from overseas.’ 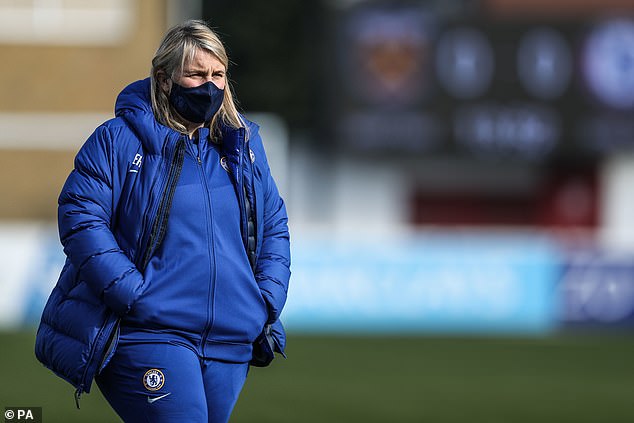 The FA, which runs the WSL, feels an increase in the size of the league needs to be handled carefully to ensure that current clubs do not suffer at a time of financial fragility. But Watford and Southampton are also ambitious clubs lower down the pyramid.

The pandemic has slammed the brakes on the development of crowds in women’s football. But at Chelsea, the players’ work in the community has helped strengthen links.

The Chelsea FC Foundation’s support for local pensioners, children home-schooling and NHS staff has been phenomenal through the pandemic.

The women’s team also donated their prize money for winning last season’s WSL, which was curtailed early, to the Foundation.

The journey towards proper recognition has only just started, Hayes insists. ‘I want us to grow,’ she said, before heading off to plan Sunday’s 2-0 win at West Ham. ‘I want women to have possibilities I only dreamed about.’