A TRAGIC tot murdered by her mum’s evil boyfriend has been pictured for the first time as shattered family paid tribute to their “blue-eyed angel”.

Little Mia Gregson was smothered to death by twisted Jonathan Garner, 26, at just 23-months old because he was “fed up of her crying”.

The brute was caged for at least 20 years this week and mum Samantha Gregson, 26, was jailed for four years for causing or allowing her daughter’s death.

Mia’s shattered family have now paid a moving tribute to the little girl as they released moving photos of her during her short life.

A spokeswoman for the family said: “She was an amazing little blonde-haired, blue-eyed diva that lit up a room.

“She really was little dream to have around and see her cheeky laugh with her brother each day.

“Mia was a loving little girl and the sound of her giggle made you laugh. We miss her every second of every day.”

Gregson sobbed in the dock as the verdicts were read out while Garner stared upwards at the ceiling.

Prosecutors told the court how Mia was taken to hospital from her home in the Gipsyville, Hull, on February 13, 2014, but died later.

She was an amazing little blonde haired, blue eyed diva that lit up a room. She really was little dream to have around and see her cheeky laugh with her brother each day.

Prosecutor Robert Smith QC said Garner was heard by neighbours “regularly, if not almost constantly” shouting at the little girl.

He told the jury: “The shouting took the form of threats of violence towards her and was motivated by Mia’s crying.”

The family insist they did not know what was happening and would have stepped in if they knew of any abuse taking place.

The spokeswoman added: “We would do anything to turn back the clock and one of her family would have snapped her up in a second if we had known or seen what was happening.

“Justice has now been served and we, as a family, have never given up this long fight in hell.

“From the moment she died our lives changed forever and they have never been the same since.

“Like when we watch Happy Feet all we picture is her doing the Happy Feet dance.”

The jury were told this week that police were called to Mia’s home less than three weeks before the tragedy.

From the moment she died our lives changed forever and they have never been the same since.

They went after neighbours called about the “hideous” yelling and found Mia asleep.

They accepted Garner’s explanation that he had been shouting at the dog.

The night before Mia died, a neighbour heard Garner shouting at the little girl: “Shut the f*** up.

“Stop screaming at me. Get to bed.”

He said: “The prosecution contend that Samantha Gregson must have been aware of Garner’s behaviour and threats he was making to her daughter and must have witnessed his behaviour.

“She did nothing about it and took no action to protect her daughter from what must have been an obvious risk.”

The judge, Mr Justice Goss, said: “Our precious beautiful Mia, we love her so much.

“We always have and always will and we will never stop mourning her nor will we ever get over it, we just learn to live it.

“Mia loved eating and never stopped. There was always something in her mouth.

MOST READ IN NEWS


Gary Rhodes, 59, collapsed & died from brain bleed after dinner with his wife


Gary Rhodes did NOT fall in the shower, reveals friend


Moment girl, 9, snatched off street by paedo before lad, 16, rescues her


Ex-model faces having to pay £2.2m left to her by her late lover to his kids


Ruth Langsford's sister hanged herself at home after battling depression

“We still grieve today like the first day and she will never be forgotten in this life or the next.

“Grandma still sings to her every day, her pretty blue eyes song. She loved to dance but she sulked when she wore dresses!

“She is also loved all her aunties and uncles deeply and she will never be forgotten.” 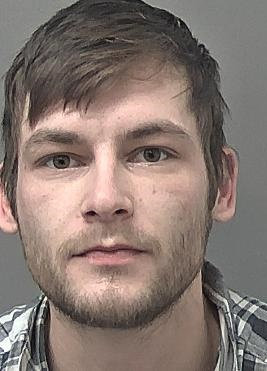 From Rome in April to Prague in July, here are the best places to go for warm weather & cheap prices in 2020

From Rome in April to Prague in July, here are the best places to...

IS the gloomy weather and January blues making you crave a holiday? Chances are you will be looking for a European city break, now...

Sex Education season 2 ending explained: How do we leave Otis, Maeve, and Eric?

*Spoiler warning for Sex Education season 2* The new season of Sex Education has finally arrived on Netflix. Our favourite teenage...

MIKEL ARTETA is set to wield a big stick to keep Reiss Nelson on his toes. The new Arsenal boss has monitored Nelson’s progress...

Love Island star Connor Durman had a clash of teeth with fellow islander Sophie Piper. The pair were taking part in...

From Rome in April to Prague in July, here are the best places to...

Sex Education season 2 ending explained: How do we leave Otis, Maeve, and Eric?