The Sun exclusively revealed how actress Charlie Brooks is making her return as superbitch Janine after seven years away back in April.

Charlie has returned to EastEnders after seven years away[/caption]

Now soap bosses have released pictures of Charlie back on set where she has begun filming Janine’s iconic return.

Janine was last seen heading to Paris in 2014 to pick up her daughter Scarlett but her whereabouts have been unknown since then.

It can also be confirmed that her daughter Scarlett will return with her.

Janine’s sudden reappearance will likely send shockwaves around Walford and with enemies to boot around every corner, trouble will no doubt follow her back to E20. 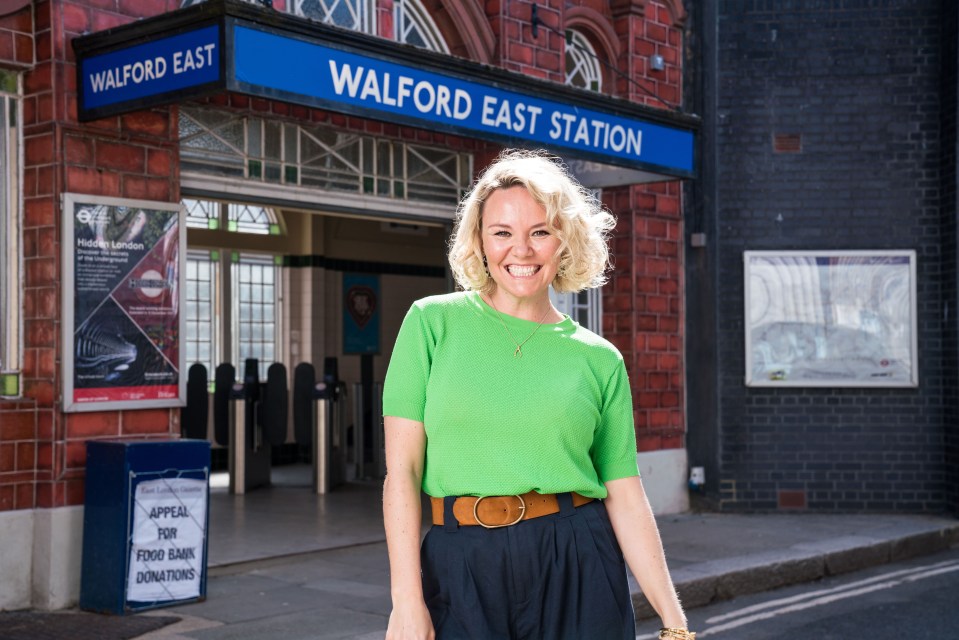 Charlie said: “I am beyond excited to be slipping back into Janine’s shoes and returning to the square.

“The time feels right and I can’t wait to find out what she’s been up to for the last seven years!

“She is and always has been SO much fun to play. Feels a bit like coming home. It’s good to be back.”

Most read in Soaps

Executive producer Jon Sen added: “Janine is one of EastEnders most iconic characters who is loved, and often despised, in equal measure by viewers and all those in Walford.

“We have lots of drama in store for Janine, in fact it may be wise for some of the residents of Walford to invest in some slip on shoes…”