Emile Smith Rowe ‘could play in the old Arsenal teams’, insists Gary Neville as he likens youngster to Robert Pires after another ‘brilliant’ display in win over Newcastle leaves pundits purring

By Cian Cheesbrough For Mailonline

Gary Neville said Emile Smith Rowe ‘could play in the old Arsenal teams’ during Arsene Wenger’s glory years and likened him to Robert Pires after starring again in his side’s convincing win over Newcastle.

The 20-year-old was one of Arsenal’s best performers in the 3-0 victory at the Emirates as he as laid on an assist for fellow youngster Bukayo Saka for the second goal.

Smith Rowe’s and other Arsenal youngsters’ introduction to the team of late has sparked a resurgence in the Gunners fortunes which has seen them win five of their last six, with the attacking midfielder starting all-but one in that time. 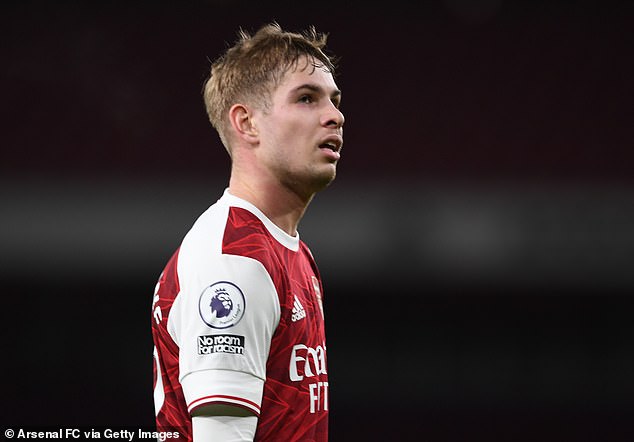 Emile Smith Rowe (pictured) ‘could play in the old Arsenal teams’, according to Gary Neville 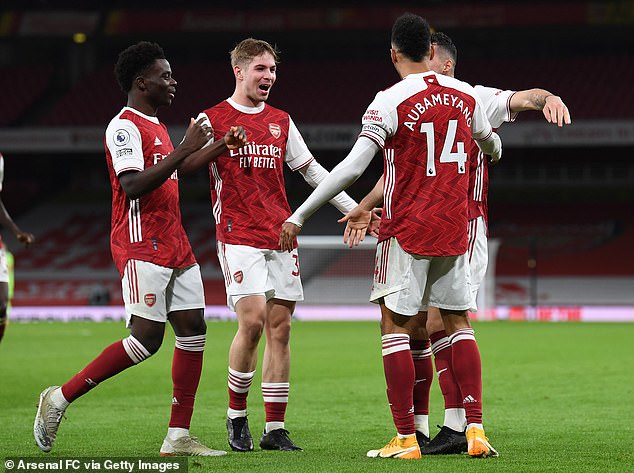 The highly-rated Englishman is having the impact fans had hoped he would bring after loan spells at RB Leipzig and Huddersfield.

And Neville praised the maturity Smith Rowe had in his game and made the claim that his playing style would suit the best Arsenal teams of the past, and even likened him to Gunners legend Pires.

‘You watch Emile Smith Rowe play. You watch a lot of young players play particularly in the attacking area and they’re frantic’, Neville told Sky Sports’ Monday Night Football, ‘Their choices are usually a bit erratic, they don’t normally get it right. 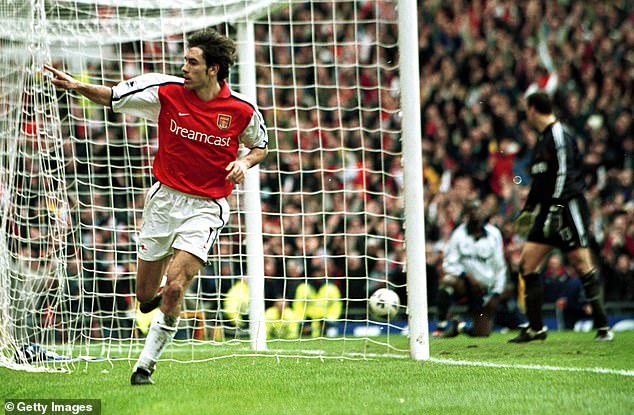 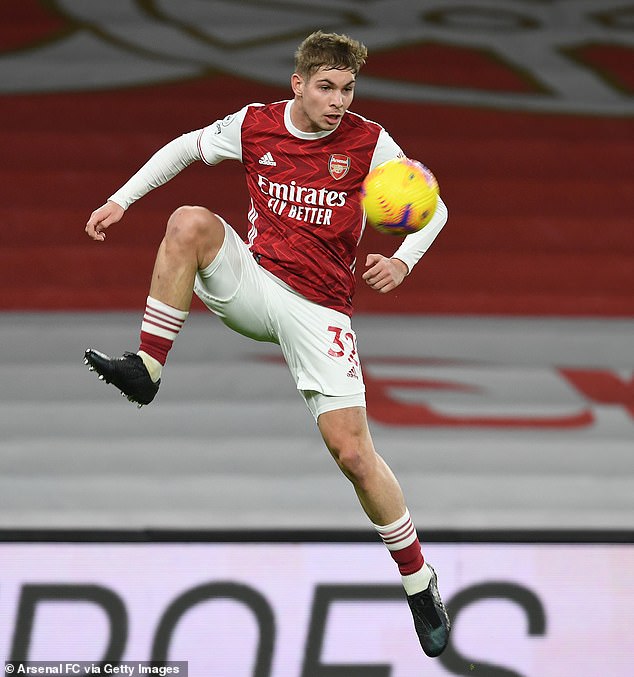 ‘The real best players travel with the ball but they are always in the position where they can release it. He’s connected, he’s switched on, he’s clever.

‘They’ve had brilliant players, the likes of Pires, intelligent players who could run with the ball. He could play in the old Arsenal teams with the way he plays and he’s only six games in… six games is unbelievable.

‘It’s really impressive and Arsenal fans have got a group of young players there they can hang their hats on and start to like and build something around.’

After arguing on other topics earlier in the show, Smith Rowe’s ability was something the pundits could agree on, with Jamie Carragher also waxing lyrical about the composed way the Arsenal academy graduate plays the game. 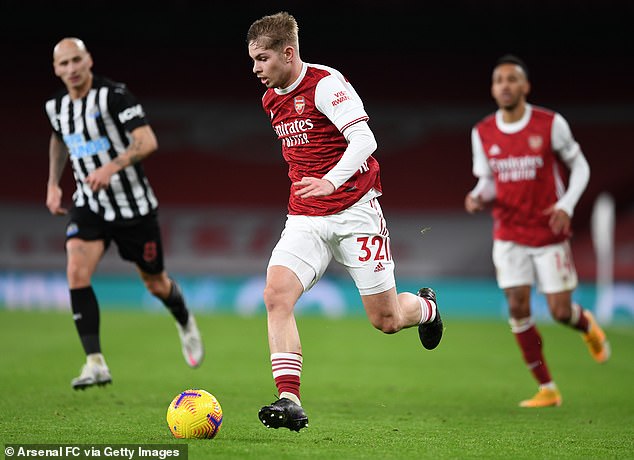 ‘I really like him,’ the former Liverpool centre back said. ‘When you play with players like that who always make right decision, it’s not about getting the ball, it’s about giving the ball early. That’s what really impressed me tonight.

‘He has the ball on the end of his toe there, almost Jack Grealish-like, where you feel he can release the ball at any moment. He can beat a man and run with the ball.

‘He beats the man but also has the composure to think, “yeah, where am I going to deliver?”. Honestly, (it was) brilliant from him.’

The resounding victory, thanks to a second half Pierre-Emerick Aubameyang double either side of Saka’s strike, lifted Arsenal back into the top half of the Premier League. 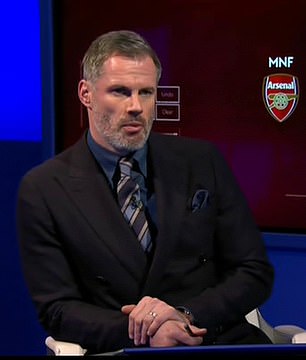 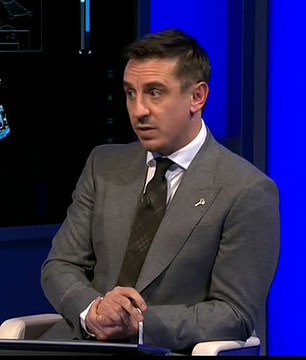 Prior to a shock 3-1 win against Chelsea in December, the Gunners were winless in seven league games, but Neville thinks manager Mikel Arteta has now found a formula to work with.

‘I think he’s found a way forward’, Neville added. ‘Before that Chelsea game you thought they were in danger of going under. That day was transformative.

‘Experienced players were out, they bought in young players and all of a sudden they just looked like a team and I remember saying in the first half, “the Arsenal fans will like this.”

‘They’ll like watching these (young) players, they’ll resonate with them, they’ll connect with them.’

Graham Norton 'furious' over his last BBC Radio 2 show: 'It suddenly struck me'