Everton manager Carlo Ancelotti admits he is worried by their form against the bottom half of the Premier League as his side embark on a seven-week period which will define their season.

The Toffees have secured more points against ‘Big Six’ teams (14 from eight matches) than they have against those who started the weekend in 15th or below (13 from eight).

Starting with Monday’s visit of Southampton they have a run which features games against West Brom, Burnley, Crystal Palace and Brighton with the only top-half side to face in that time being Chelsea. 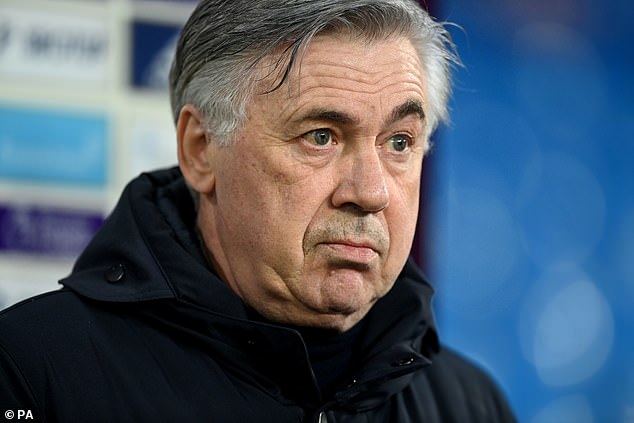 With the club just five points outside the top four with a match in hand, March and early April will have a huge bearing on their Champions League dreams.

‘If I have to say what happened until now I have to say I have to be worried because we are going to play against the teams at the bottom where we had more problems,’ said Ancelotti.

‘We have to be able to solve these kind of problems. I am convinced it is a really competitive league, a really difficult league.

‘If we look at the results in Europe then the English teams did fantastic: the three teams in the Champions League won – three away games: Liverpool won, Chelsea won, Man City won. 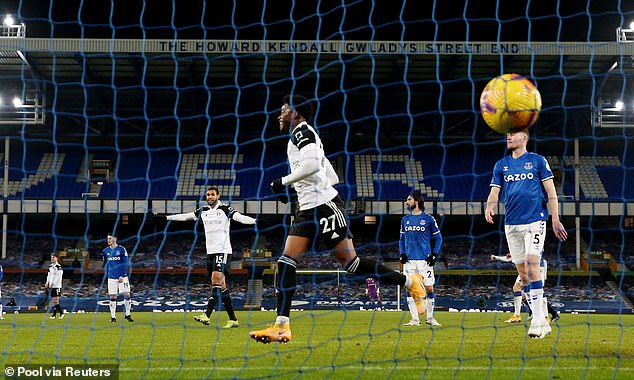 ‘(Manchester) United did really well (away) against Real Sociedad, Tottenham won easy, Arsenal won (all in the Europa League) – that means this league is a really high level.

In addition to their form against the Premier League’s bottom half, their home record is also poor. 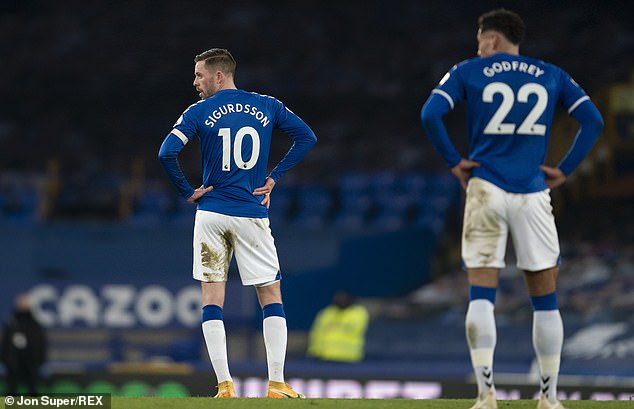 Everton have won just four of 12 matches at Goodison Park, taking one point from the last 15 available on their own pitch, and they are 15th in the home form table.

That is also something which will have to change if the top four is to become a reality.

‘The opinion I have is that away we are more focused defensively, we do less mistakes,’ he said.

‘To win away is so important so you are more focused defensively, you avoid problems – at home maybe we are thinking the game is easier and we are not able to keep the concentration we have away.

With Everton still in contention for a top-four spot, Ancelotti challenged his players to step up

‘Defensively we have to be more focused when we are at home because at least if you are able to keep the game 0-0 the games which we lost against Newcastle, Fulham, West Ham and Leeds we would have four more points and having four more points would climb the table a lot.

‘If we want to fight for the European position we have to improve our home run at Goodison.

‘We showed we can compete in some games and now we have to look forward because we have a home game and our run at home was not good in the last period.