Forget United, playing Liverpool at Anfield is the key game in Man City’s title challenge, says Phil Foden who insists Sunday’s showdown is ‘biggest game in the league’ after continued struggles there in recent years

By Joe Bernstein for The Mail on Sunday

Despite Manchester United breathing closest down their necks, Manchester City’s Phil Foden still regards Sunday’s trip to Liverpool as the key fixture of the season.

City and Liverpool have dominated the last couple of Premier League campaigns and with Pep Guardiola’s men top of the table again, Foden says about the game at Anfield: ‘It is probably the biggest game that we face in the league now. If we can beat them it will be a massive win and will help us progress to the title, hopefully.

‘We beat them at home [in the 2018-19 season] and the atmosphere was great that day. That is the game that sticks in my mind most, when Sergio scored from a tight angle at the near post. 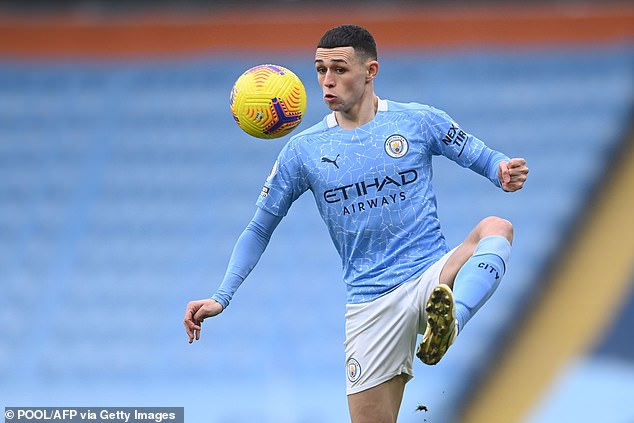 ‘Going to Anfield, we have struggled pretty much every time for whatever reason. We haven’t won there for a while. Hopefully we can change that at the weekend and get a result. It has always been a massive game.

‘When I was younger, it was more about the (Manchester) derby, but now there are more teams for us. Liverpool are a great side and have so many great attackers. I can see it being quite even and end-to-end.’

Foden, 20, has played a hundred games for his boyhood club and scored 11 goals this season. He is happy to say he has progressed from the star-struck youngster who first broke through. 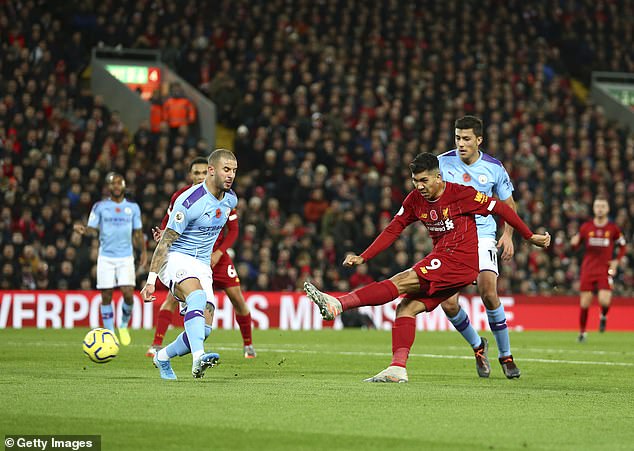 ‘In the first season I couldn’t get out the mindset of thinking “Wow, it is Sergio”‘, he says.

‘After a year or so I realised that you have to see them just as team-mates now. It took me a year to get over it. When you win there is no better feeling.

‘Everyone is in a really good mood at the moment and we just want to focus game by game and not look too far ahead and keep putting points on the board.’