Greenwood, meanwhile, has had a central role in Manchester United’s rise up the table since crashing out of the Champions League in December. 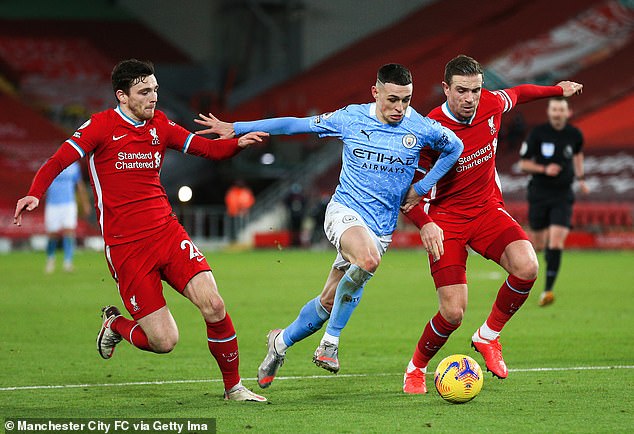 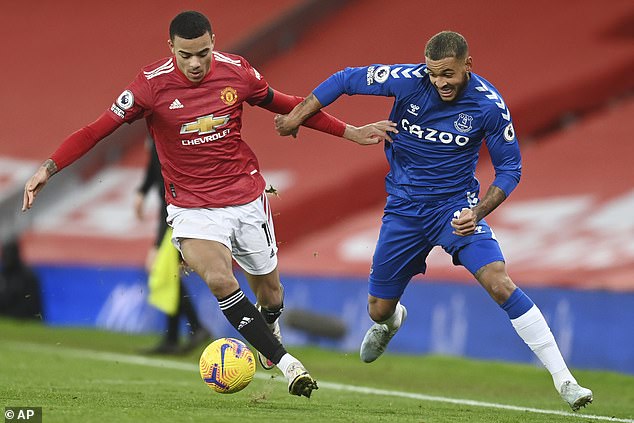 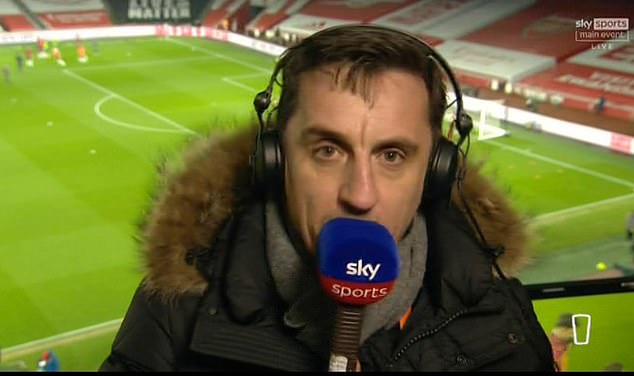 Former United defender Neville, speaking on The Gary Neville Podcast on Sky Sports, underlined his belief that the duo could form a central role on the international stage later this year.

‘Watching Phil Foden, it’s breathtaking watching players like that, it really is,’ Neville said. ‘You think of David Silva, you think of Kevin de Bruyne every time you come and watch them you think “wow, what a player”.

‘When they signed Ferran Torres, Bernanrdo Silva, Mahrez and you just think to yourself “where is it going? How will this kid get a chance?”  And I think they are bringing him through now, not only bringing him through but he’s staying on the pitch and he’s delivering in big matches.

‘He’s exceptional, he is absolutely brilliant. And to be fair, I think Mason Greenwood is exceptional as well when I watch him play. I think he’s got the ability to go on and be an unbelievable player for United.

‘And I speak warmly about him because I see the same type of natural ability and that sort of effortlessness to the way they play. And I’d love to see them both playing for England in the European Championship this summer, I think they’d light it up.’ 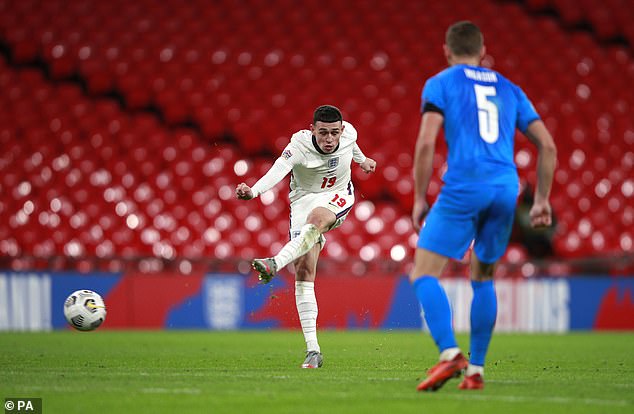 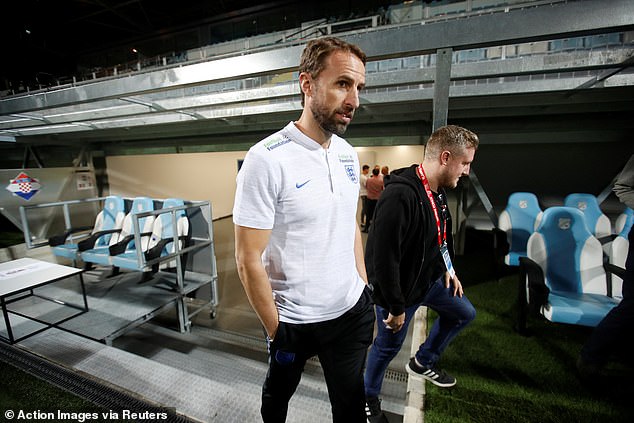 Foden and Greenwood were involved in controversy with the England national side last September.

They were kicked out of the squad by boss Southgate after they were filmed meeting with girls in the team hotel in Iceland – breaking strict coronavirus quarantine rules.

England’s Euro 2020 campaign begins on June 13 against Croatia. They will also face Scotland and Czech Republic in their group stage. Last week, they confirmed they will play Austria and Romania as pre-tournament warm-up matches.

Coronavirus South Africa strain: How shortness of breath can 'worsen' after a week