‘He makes me feel RUBBISH!’: Not even Ben Stokes thinks he compares to Joe Root after the England captain keeps up his electrifying form with a stunning 218 in the first Test in India

By David Coverdale For Mailonline

Ben Stokes joked Joe Root makes him ‘feel rubbish’ after the England captain continued his prolific start to the year with another double century.

Root’s epic 218 on the second day of the first Test against India was the highest score by any batsman playing in their 100th Test and the first double hundred by an overseas player in the country since 2010.

He has now scored 644 runs in just three Tests in 2021 at an average of 128.8 – and has gone past Alec Stewart to become England’s third highest Test run scorer of all time. 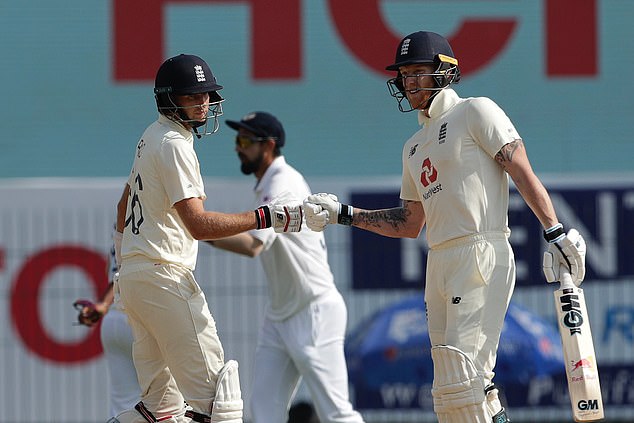 ‘He makes me feel rubbish, that’s pretty much where he’s at the moment,’ said vice-captain Stokes, who scored 82 in a 124-run partnership with Root.

‘He makes us all feel pretty rubbish with how easy he makes batting look. He makes everyone else around him look not very good.

‘I don’t think we’ve ever had an England player play spin so well, with such control and such ease and so consistently.

‘It’s amazing to watch really. He’s got an answer and an option for everything that is thrown at him.’ 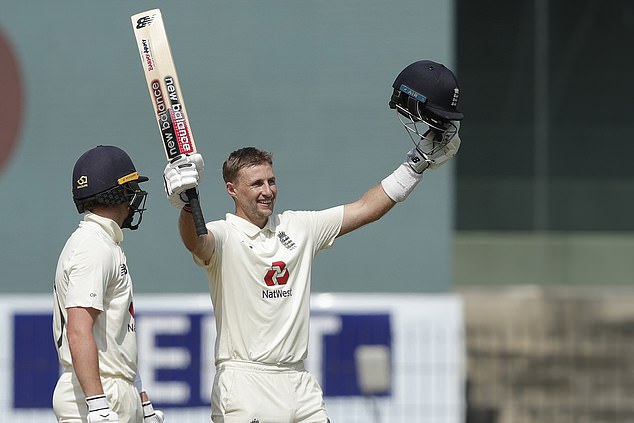 With his 218, Root overtook Alec Stewart as England third-highest Test run-scorer of all time

Root brought up his 200 in Stokes-esque fashion, lofting Ravi Ashwin for a towering six over wide long-on.

And Stokes smiled: ‘I was quite surprised he ran down the wicket and hacked a six to bring up a double! But he’s in phenomenal form. It’s just a delight and a pleasure to watch him at the moment.’

Stokes missed out on a century of his own when he was caught on the boundary by Cheteshwar Pujara after top-edging a sweep off Shahbaz Nadeem.

But he was pleased with his performance in what is his first match in two months – and his first Test since early August. 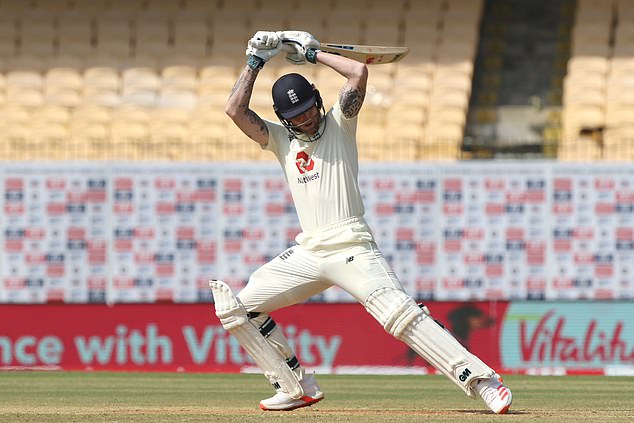 ‘It’s nice to come back in with a bit of time off and spend some time in the middle,’ added Stokes.

‘I’d rather get caught deep square in the way that I did, as opposed to going back into my shell and being a bit defensive and spooning one up to short leg.

‘The most pleasing thing is starting the tour well as a team – we couldn’t have asked for anything better.’