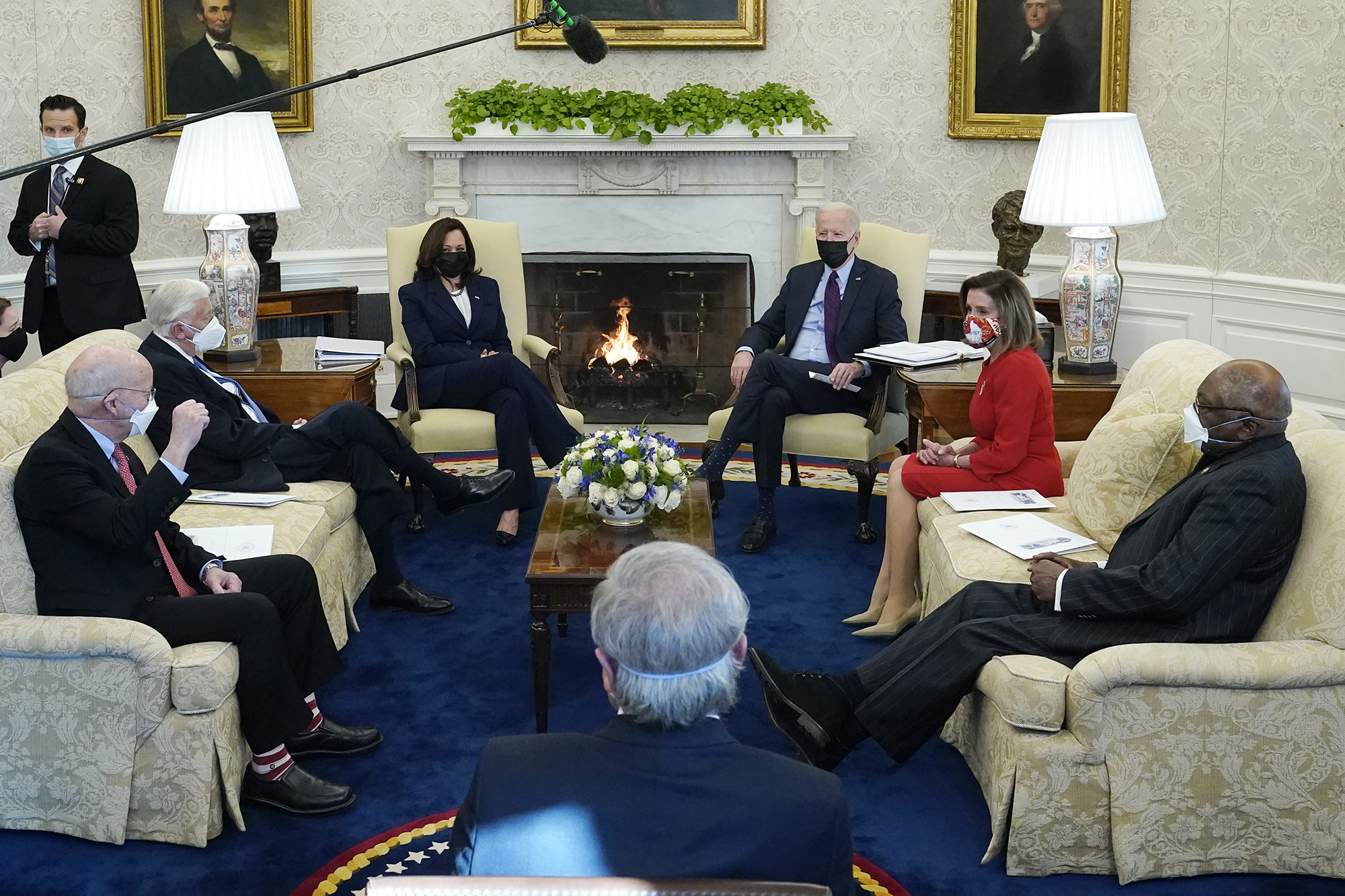 President Biden’s $1.9 trillion COVID-19 relief plan advanced a second time Friday when the House of Representatives quickly approved a budget resolution that Senate Democrats pushed through with the help of the White House hours earlier.

The 219-209 vote in the Democrat-controlled House fell almost exactly along party lines, with Rep. Jared Golden (D-Maine) the only member to break ranks and oppose the plan.

The move sets up a “reconciliation” process in which congressional committees will draft a bill based on Biden’s sweeping proposal, which includes $1,400 stimulus checks and a $15-an-hour minimum wage.

The House vote came just hours after Vice President Kamala Harris cast the deciding vote to break a 50-50 Senate tie along party lines and Biden hosted House Democratic leaders at the White House and said he appreciated “the urgency with which you are moving.”

House Speaker Nancy Pelosi (D-Calif.) told her colleagues in a letter Friday that she hoped to “finish our work before the end of February.”

Republicans have objected to the size and scope of Biden’s plan, and 10 GOP senators offered a $600 billion counter-proposal during a meeting with the president Monday.

Pope Francis to meet with top Shiite cleric in Iraq