Huesca 1-2 Real Madrid: Zinedine Zidane’s men come from behind to win thanks to Raphael Varane after Javi Galan stunner gave champions a scare

By Pete Jenson for MailOnline

Real Madrid showed some of Zinedine Zidane’s fighting spirit to come back from behind and beat Huesca 2-1 with Raphael Varane stepping up in the absence of long-term absentee Sergio Ramos to get both goals.

It was no more ‘Mr Nice Guy’ in Friday’s pre-match press conference when Zidane went after his critics and claimed his team were being disrespected and should be given time to contest the league they won last season.

Some of that spark seemed to have translated to the players and after they went behind against bottom club Huesca they came back to life to snatch three precious points which take them to within seven points of leaders Atletico Madrid albeit having played more games. 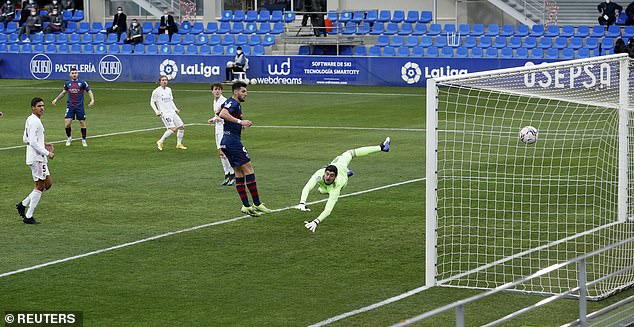 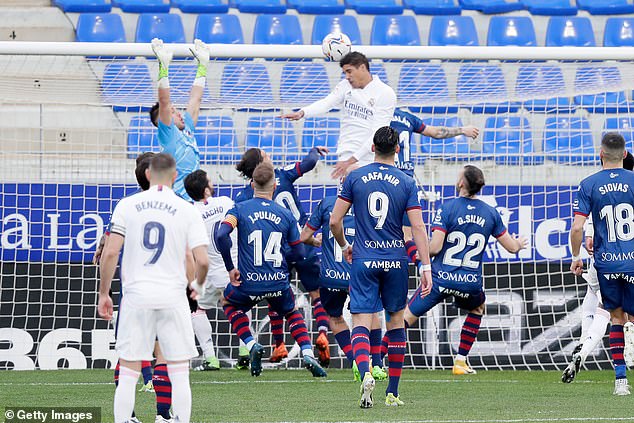 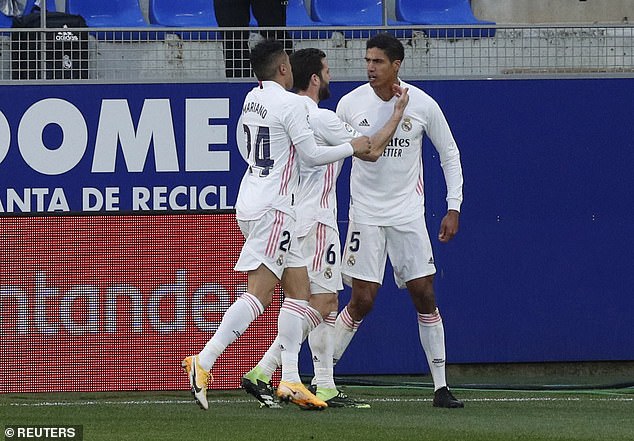 Most of the drama came in the second half. Mikel Rico clipped a shot onto the bar and Rafa Mir did likewise with Thibaut Courtois beaten both times.

Either side of the two chances Javi Galan had gone one better to put Huesca in front. The move started with Huesca’s right back Pablo Maffeo advancing down his flank, and ended with Galan thundering in the opening goal.

The second half was just five minutes old but Madrid could have been buried. They woke up from the shock and from a Benzema free-kick they were level. His set-piece hit the top of the crossbar and when it came back back Varane climbed highest to nod it over the line. 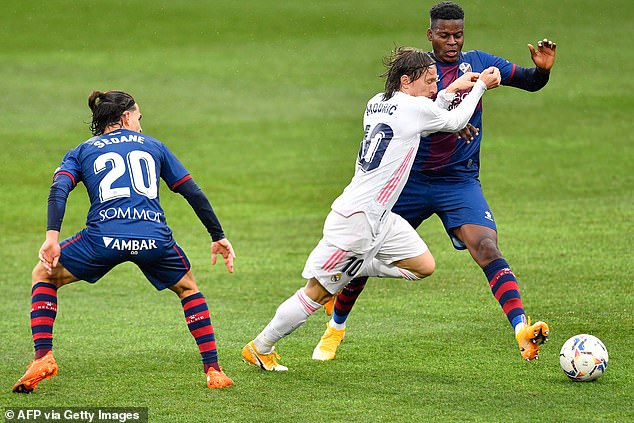 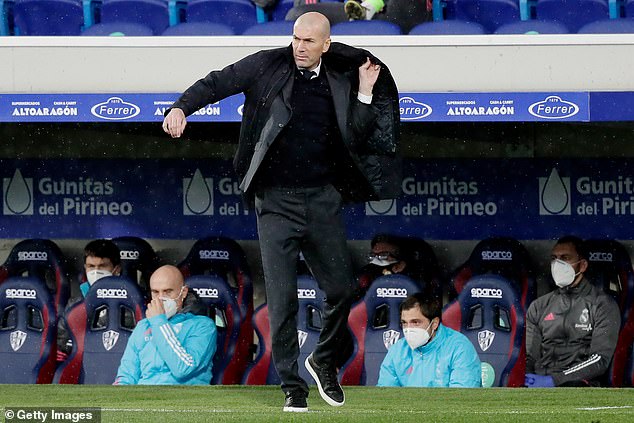 Now both teams had their tails up and Marco Asensio dribbled clear only to be blocked by Jorge Pulido. For Huesca Mir hit the bar again at the other end. He’s a sort of Iberian Andy Carroll and, unbeatable in the air, he soared high and would have headed Huesca back in front if not for Courtois’ fine save.

Marcelo replaced the hamstrung Alvaro Odriozola and immediately joined the fun shooting just wide, the game was open and chaotic, perfect for the Madrid sub.

Madrid should have got their second on 77 minutes when Vincius skipped past Pulido down the left and crossed deep for Asensio. His header was blocked and when Benzema leathered the rebound Huesca keeper Alvaro Fernandez saved the shot at close range with his chest. He knew little about it but he was brave and well positioned to foil the Frenchman. 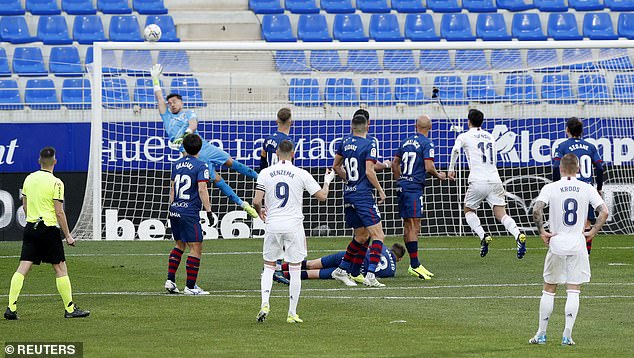 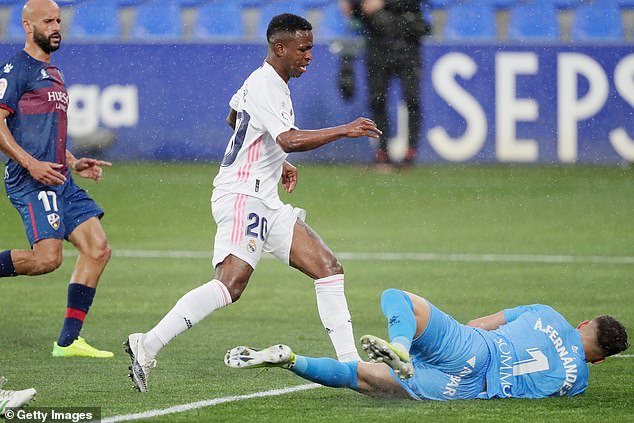 The Huesca keeper is only 22 but he definitely has something about him and he was there to frustrate Benzema again on 81 minutes pushing his long shot over the bar.

But Madrid would not be denied and when Toni Kroos floated a pinpoint free-kick to the back post Casemiro’s header was saved and Varane swept in the rebound from close range.

It was a happy end to another tough week for Zidane. Madrid had limped into the game without Ramos, just out of knee surgery, and also missed Eden Hazard, Fede Valverde, Dani Carvajal, Lucas Vazquez, Isco and Rodrygo Goes. He had just four outfield players on the bench.

His players did not let him down, however. It was spirited and they deserved the three points. If he had intended to lay down a marker on Friday Zidane’s message seemed to have got through to his players. 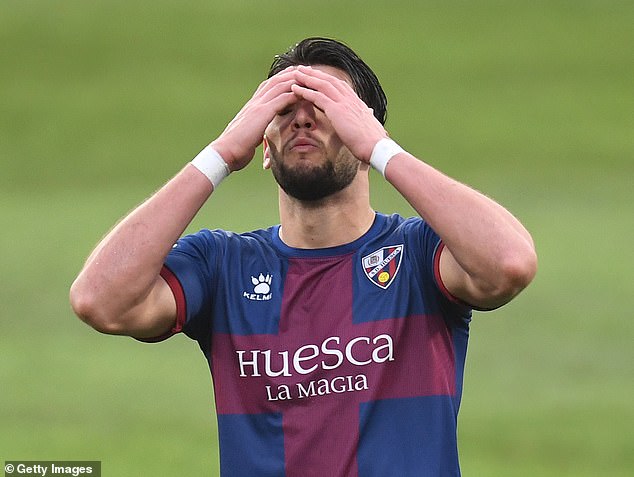 England need to turn things around in India, but how do they do it? Sportsmail experts discuss