IRELAND may not be at the Euros this summer, but they will play at one of the biggest venues for the tournament.

Stephen Kenny’s side head to the Szusza Ferenc Stadion in Budapest for a friendly against Hungary.

Here is all you need to know about the international friendly.

When is Hungary vs Ireland and what time does it kick off?

What TV channel is Hungary vs Ireland on and can I stream it? 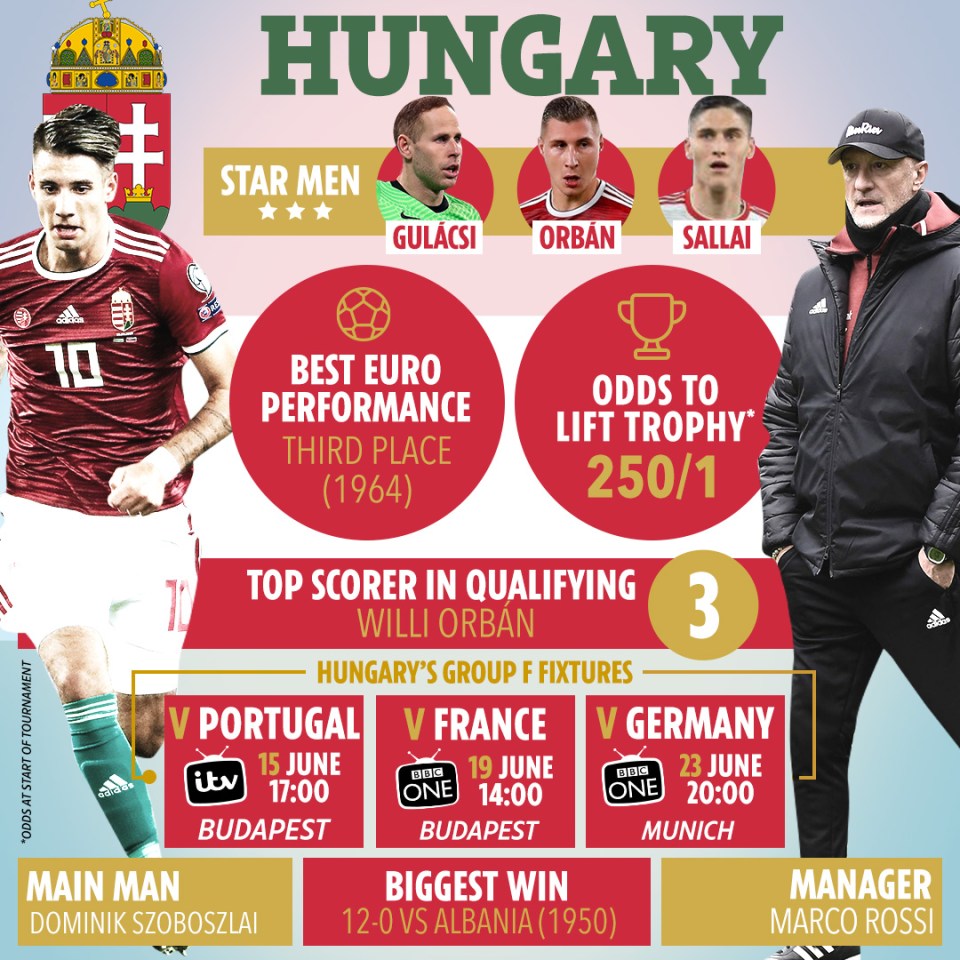 Stephen Kenny wants fledgling Republic of Ireland goalkeeper Gavin Bazunu to experience battle amid a hostile atmosphere as he attempts to steel him for September’s World Cup qualifiers.

The 19-year-old Manchester City keeper, who spent last season on loan at League One Rochdale, was handed a senior debut for his country in March’s World Cup qualifier against Luxembourg with number one Darren Randolph and Liverpool’s Caoimhin Kelleher injured, and has retained his place since.

However, asked if the uncapped Kelleher, 22, would get his chance in Tuesday night’s friendly against Hungary in front of a partisan crowd at the Szusza Ferenc Stadion in Budapest, Kenny admitted he had a big decision to make.

Bazunu is one of a series of young players to have been handed their chance by Kenny, 19-year-old Tottenham striker Troy Parrott also catching the eye with two goals against Andorra, and Egan admits they have dealt admirably with the pressure of the step up.