‘In slow motion… it’s a bad tackle’: Rio Ferdinand maintains Liam Cooper was right to be sent off for high challenge on Manchester City’s Gabriel Jesus… while Joleon Lescott claims Leeds captain ‘knew what he was doing’ despite getting the ball

Joleon Lescott claimed Andre Marriner and VAR made the ‘right decision’ to send off Leeds captain Liam Cooper at Manchester City for a high challenge on Gabriel Jesus.

With Marcelo Bielsa leading 1-0 against the Premier League leaders just minutes before half-time, Cooper cleared the ball away from Jesus but caught the Brazilian striker high on the knee.

Referee Marriner initially awarded a foul to City and a yellow card to Cooper but upgraded the punishment to a sending off after consulting the VAR monitor, a decision which former City defender Lescott agreed with. 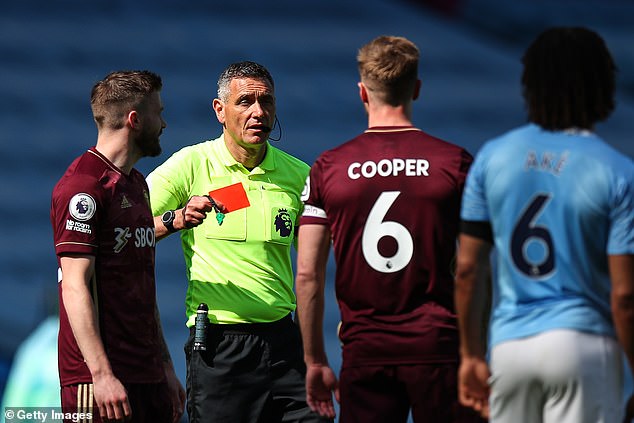 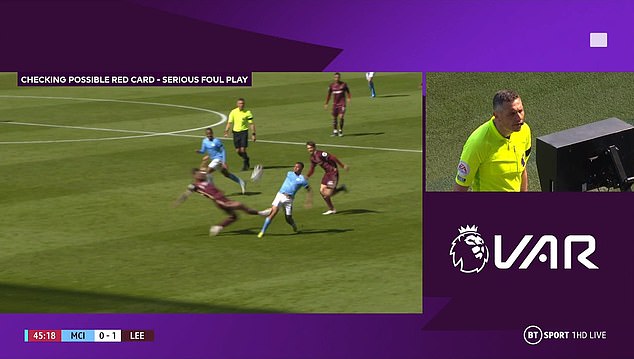 Lescott told BT Sport at half-time: ‘For me he (Cooper) was in control and he knew what he was doing.

‘He got a piece of the ball, but there’s no need to tackle like that. It’s a bad tackle and the right decision.’

Former Manchester United defender Rio Ferdinand, who had a spell at Leeds between 2000 and 2002, added: ‘When you come off your feet like that, it (a red card) is the letter of the law. 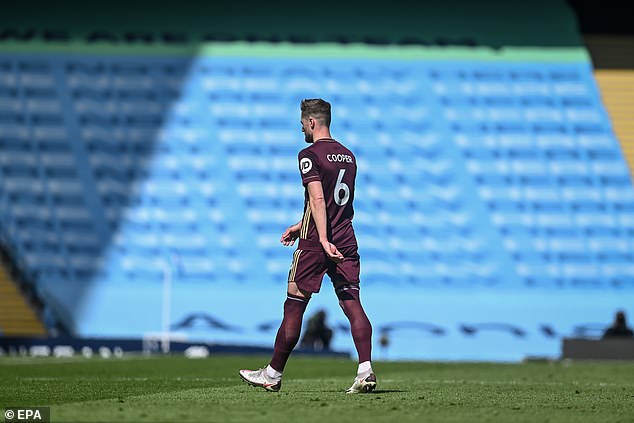 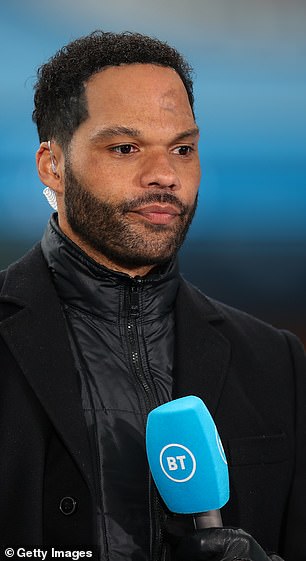 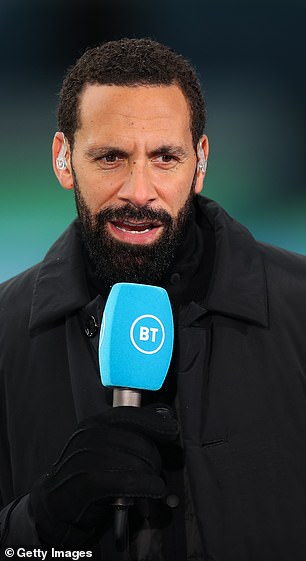 ‘When you put it in slow motion it looks terrible, it’s a bad tackle.’

According to BT, Cooper shouted that he got the ball while storming down the tunnel – while Leeds boss Bielsa looked frustrated at Marriner awarding the foul in the first place.

Leeds were leading against Pep Guardiola’s side thanks to Stuart Dallas’ fine strike from the edge of the box on 42 minutes. 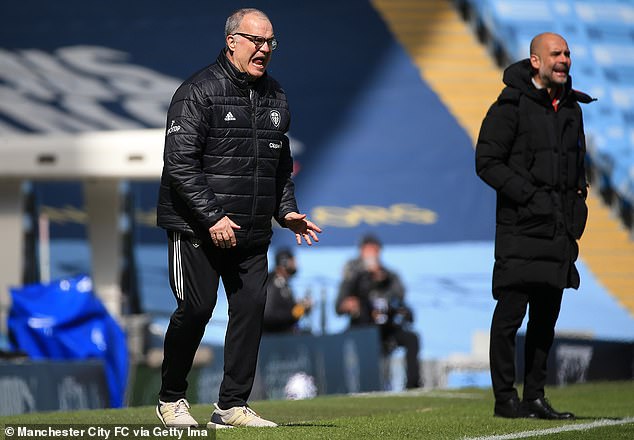 Bielsa then took off star striker Patrick Bamford for replacement centre-back Pascal Struijk to accommodate Cooper’s absence for the second half.

Victory for the Whites would take them into the top-half of the side, while City are aiming to go 17 points clear at the top of the table.

Expat warning: Expert tells Britons in EU to have paperwork in order or face chaos