KEVIN DE BRUYNE has shown off the shiner that could keep him out of Belgium’s Euro 2020 opener.

The Manchester City ace is a doubt to play Russia on Saturday after undergoing eye surgery on an orbital fracture.

The 29-year-old was body checked by Antonio Rudiger in the Champions League final and left the field in tears.

His operation was successful, but De Bruyne remains in a race against the clock to feature against the Russians.

European football correspondant Kristof Terreur showed off a picture of his black eye alongside the caption: “Still unsure he’ll make the bench for Belgium’s first game against Russia.”

Belgium boss Roberto Martinez has already warned fans that he ‘probably won’t be ready’ for their curtain-raiser.

Speaking on Saturday, he said: “Kevin is doing well. He’s in a good state of mind and can’t wait to join us on the pitch on Monday.

“It is not an operation that prevents you from returning to activity or needs recovery time, it is actually the opposite.

“It should even give him the opportunity to play without the need for protection. 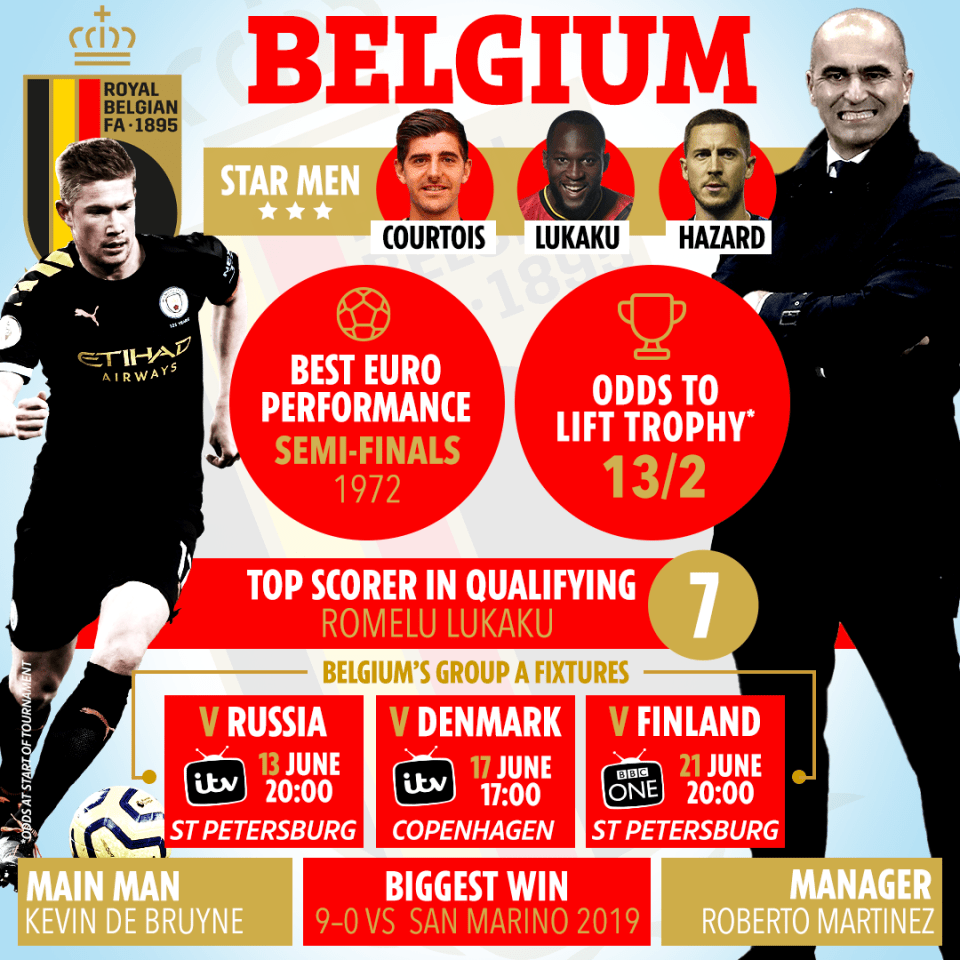 “And that’s the good news. It was done at the right time and this is positive news for the Euros.

“But he probably will not be ready for the first game against Russia and we will need to analyse the situation on a day-by-day basis.”

De Bruyne has 80 caps for his country having scored 21 goals.