LIVE bats were kept at the Chinese lab at the centre of the Covid leak storm and were hand fed by scientists, according to a bombshell video.

Footage appears to show bats being held at the Wuhan Institute of Virology (WIV) despite denials by a World Health Organisation (WHO) scientist close to the lab.

Video released by Sky News Australia from the Chinese Academy of Sciences (CAS) shows live bats being held in a cage at the bio lab four years ago.

It also shows a scientist hand feeding a worm to one of the creatures – which are believed to be the natural reservoir of Covid.

Circumstantial evidence is mounting which links the virus’s origins to the lab which was probing bat coronviruses.

Covid may have escaped by a researcher getting infected, improperly disposed of waste, or potential breaches in the security at the lab.

US spies are probing claims that the virus may have somehow escaped and gone to the infect the world – so far killing 3.8million people.

China denies the lab leak and all wrongdoing over its handling the initial Covid outbreak in December 2019.

But live bats being kept in the lab just further deepens the mystery surrounding WIV.

It comes as one of WIV’s top scientists, bat coronavirus researcher Dr Shi Zhengli, furiously denied all allegations – accusing the world of “pouring filth on an innocent scientist”.

Dr Peter Daszak, who worked on a much derided WHO investigation team looking into the Covid origins, previously claimed there were no live bats at the lab.

He is president of the EcoHealth Alliance – a US-based organisation who funnelled government funding to WIV for experiments on coronviruses.

The researcher has long attempted to downplay the possibility of a lab leak, and was a key figure in attempting to have it dismissed as a “conspiracy theory”.

It has been suggested WIV may have leaked the virus[/caption]

“No BATS were sent to Wuhan lab for genetic analysis of viruses collected in the field,” Dr Daszak wrote on Twitter in December.

“That’s not how this science works. We collect bat samples, send them to the lab. We RELEASE bats where we catch them.

“This is a widely circulated conspiracy theory. This piece describes work I’m the lead on and labs I’ve collaborated with for 15 years.

“They DO NOT have live or dead bats in them. There is no evidence anywhere that this happened. It’s an error I hope will be corrected.”

However, these comments are directly contradicted in the video by the CAS which was released in May 2017.

Dr Daszak already attempted to backpedal on his comments earlier this month, saying the WHO team – whose probe was branded a whitewash – didn’t even ask if they had bats.

“We didn’t ask them if they had bats. I wouldn’t be surprised if, like many other virology labs, they were trying to set up a bat colony,” he said.

As the storm around WIV intensifies, Dr Shi – known as “Bat Woman” for her research – gave a rare interview to The New York Times.

She denied everything and said there was “no evidence” for the lab leak.

The scientist said: “How on earth can I offer up evidence for something where there is no evidence?

“I don’t know how the world has come to this, constantly pouring filth on an innocent scientist.”

Dr Shi also denied carrying out gain of function experiments, tests to make viruses more infectious, which are widely reported to have occurred at the lab.

And she also hit back at claims that WIV staff had become sick with Covid-like symptoms in November 2019, saying “If possible, can you provide the names of the three to help us check”. 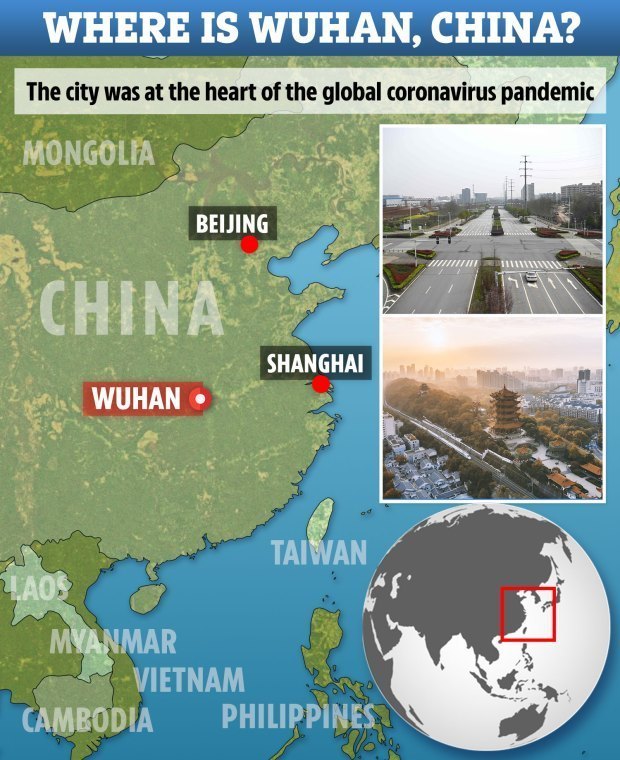 What do we know about the Wuhan Institute of Virology?

Various theories have been swirling about the lab, which is headed up by Chinese scientist Dr Shi Zhengli, known as “Bat Woman”.

Most scientists do not believe the virus leaked from the lab, and the lab itself has categorically denied the claims.

The lab specialised in bat-borne viruses and had been carrying out experiences on them since 2015.

Airlocks, full body suits, and chemical showers are required before entering and leaving the lab – the first in China to be accredited with biosafety level 4 (BSL-4).

BSL-4 labs are the only places in the world where scientists can study diseases that have no cure.

Scientists from the lab even tested mysterious

virus which killed three miners 1,000 miles away in Yunnan province back in 2012.

It has been suggested this fatal mystery bug may have been the true origin of Covid-19.

Experts at the lab also engineered a new type of hybrid ‘super-virus’ that can infect humans in 2015, according to medical journal Nature Medicine

Despite fears surrounding the research, the study was designed to show the risk of viruses carried by bats which could be transmitted to humans.

There is no suggestion the facility’s 2015 work is linked to the pandemic.

The lab was also recruiting new scientists to probe coronaviruses in bats just seven days before the outbreak.

China has began tightening security around its biolabs with President Xi Jinping saying it was a “national security” issue to improve scientific safety at a meeting last February.

China has long been accused of covering up or distorting its role in the early days of the pandemic, with claims the Communist Party manipulated case and death figures while withholding information from WHO.

Beijing has a history of lab leaks in which deadly viruses have accidentally escaped and critics have highlighted what they allege is a gung-ho approach to safety.

There is currently no evidence to suggest the virus was intentionally released by China.

And there is renewed questions on the Mojiang Mine – where a mystery virus killed three miners in 2012, and from where Covid’s closest living relative was recovered at a 96 per cent match.


School placed on lockdown after 'disturbance' involving teens as 2 arrested

HOW LOW CAN IT GO


Covid cases are up but all other data is DOWN – so why can't we unlock?

Meanwhile, the hunt is on for the mysterious “Patient Su” – who could be one of the world’s fist Covid cases and who lived just three miles from WIV.

China has accused the US of playing politics by stoking fears over a lab leak, and have even attempted to shift the focus to bio labs in the US.

And experts have claimed that the truth about Covid could bring “national shame” to China and topple the Communist Party.

England vs Scotland betting offer and odds boost: Get 20/1 for 1+ card to be shown during Euro 2020 clash at Wembley

Who is Spain vs Sweden referee Slavko Vincic? Euro 2020 ref released with no charge after drugs and prostitution raid

Dad’s agony after he watched daughter, 25, suffer cardiac arrest in front of him