LOVE Island newbie Chloe Burrows says she is determined to bag a boyfriend — after lockdown starved her of sex for six months.

And the financial services worker says she wants to leave the ITV2 show with a new man in case a third wave of Covid sees her stuck indoors for weeks on end.

Read our Love Island 2021 live blog for the latest updates

Chloe, 25, is one of the 11 beautiful women and buff blokes who will be going into the Majorcan villa on Monday in search of love — and potential bed-hopping antics.

She said: “Lockdown was the driver for me wanting to go on Love Island and find a man.

“I’m sick of my friends being in a little support bubble with their boyfriends while I was getting through Desperate Housewives box-sets at an unprecedented rate.

“I would love a boyfriend in case there’s another lockdown — what am I supposed to do?”

The stunner, 25, is one of the 11 beautiful women and men looking for love on the ITV2 show[/caption]

She told ‘Finding a boy is the end goal’[/caption]

She added: “Every time I’ve watched the series, there’s always been someone really funny. I want someone who’s quite witty and always has a punchline.

“But sexual chemistry is up there. I love big gym arms. But I also have a thing for a really nice mouth area, nice teeth, nice lips. I don’t know how to explain it — but I’ll know it when I see it.

“I think my biggest turn-off is maybe when they are a bit too ‘try-hard’. I like a butch man.” She said of her stay on the TV show: “I really don’t plan on having sex — it’s not on my list of things to do when I get in the villa. I’m not a dog on heat. I’m not bed-hopping.”

But Chloe, from Bicester, Oxfordshire — one of six women going on the seventh series of Love Island — says she is not afraid to make a move on another woman’s man in the villa if he takes her fancy.

Chloe, from Bicester, isn’t afraid to make a move on another woman’s man in the villa[/caption]

She revealed ‘if the chemistry is there on both parts, him and me, then yes’[/caption]

She said: “If they are really coupled up, then I’m not going to go with someone’s man, But if the chemistry is there on both parts, him and me, then yes.”

And she admitted: “Finding a boy is the end goal. I’ll be getting the guys to help me in the villa gym, just to see if my form is OK.

“I know exactly what I’m doing. It’s a tactic. There’s nothing wrong with them seeing what my squat looks like.” 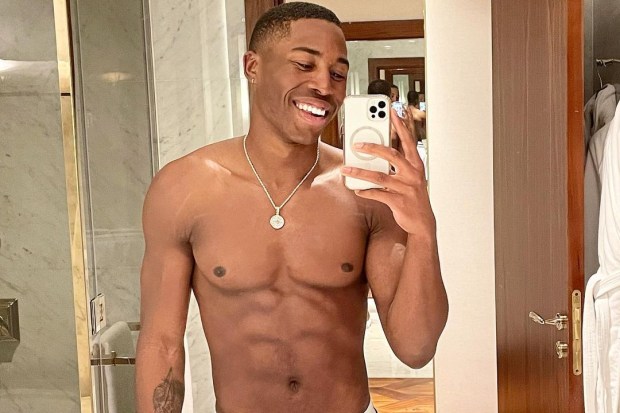 SMOOTH talker Aaron Fraser has gained the royal seal of approval for his flirting skills, which he intends to put to use in the Love Island villa.

The 24-year-old organises luxury events, including for the weddings of Princesses Eugenie and Beatrice, and admits he shows off his charming persona at VIP bashes.

Aaron said: “Being around celebrities, you just realise they are normal. Part of my job is to be friendly and a little bit flirty, so it’s kind of bouncing back and forth.

“I can’t name specific names, I don’t know how they would feel about it! I’m quite a flirty guy, as you’ll see when I go on the show. I could name a lot of people.”

Horoscope today, Friday June 25: Daily guide to what your star sign has in store for your zodiac dates

When I was 20, I had to be drunk to sing in front of people, says John Grant