At least Manchester City’s Women keep winning run going! Keira Walsh scores late winner against Everton to keep the pressure on Chelsea at the top of the WSL

By Kathryn Batte For The Daily Mail

Manchester City kept the pressure on Chelsea at the top of the WSL with a 1-0 victory over Everton.

Despite dominating, it took the hosts until the 81st minute to break the deadlock. Lauren Hemp broke down the right, before pulling the ball back to Keira Walsh, who hit a fine curling finish into the bottom corner for her first goal of the season.

That win — City’s ninth in a row — took Gareth Taylor’s side to the summit until Chelsea’s comfortable victory at West Ham. 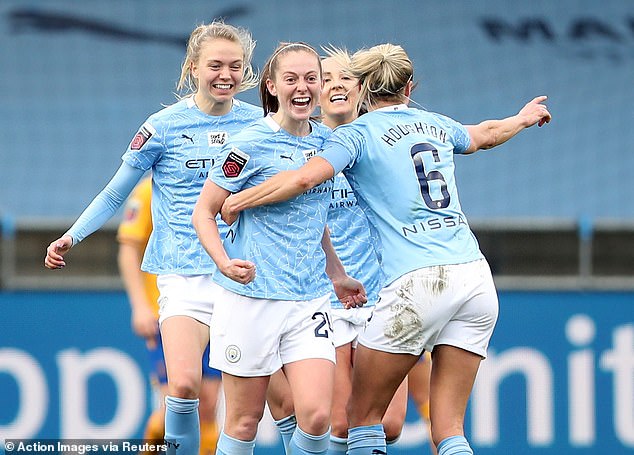 Sam Kerr netted her 12th goal of the season in the seventh minute before Beth England doubled the lead in the second half.

Defeat for the Hammers means Bristol City could go above them and out of the relegation place if they beat Reading on Monday night.

Manchester United won 3-0 against Aston Villa after their back-to-back defeats. Kirsty Hanson’s deflected strike and a Jess Sigsworth header gave them a 2-0 lead at half-time before Katie Zelem added a third in the 76th minute. 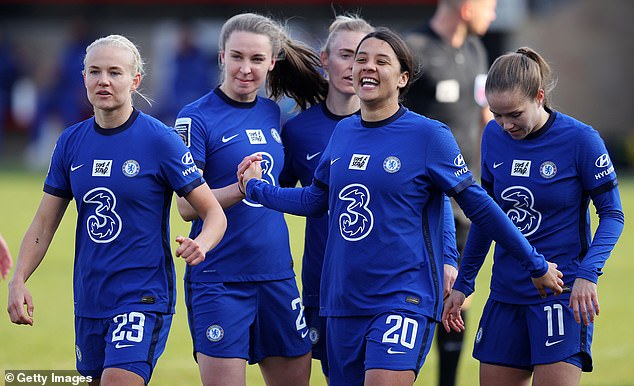 Arsenal won 4-0 for the second straight week, following up their victory against Villa last week by beating Birmingham City at St George’s Park. Vivianne Miedema returned to the top of the all-time WSL scoring charts, moving ahead of Ellen White with her 56th league goal.

Caitlin Foord scored two goals in three minutes in the first half to put the Gunners ahead at the break before Miedema and Lisa Evans finished the scoring.

An Inessa Kaagman double gave Brighton a 2-0 win over Tottenham. It was a third win in a row for Hope Powell’s side, who move 12 points clear of the relegation spot. 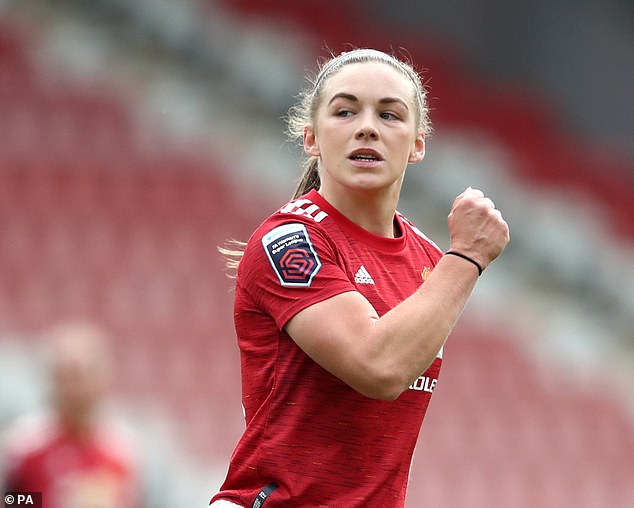