By Jack Gaughan for MailOnline

Angelino is one appearance from triggering his £16million move away from Manchester City to RB Leipzig.

The 24-year-old signed for the Bundesliga side on loan for the season, with an obligation to purchase clause inserted based on games played.

Angelino had to feature in 12 matches through the campaign, with five of them coming in the second half of the German season. 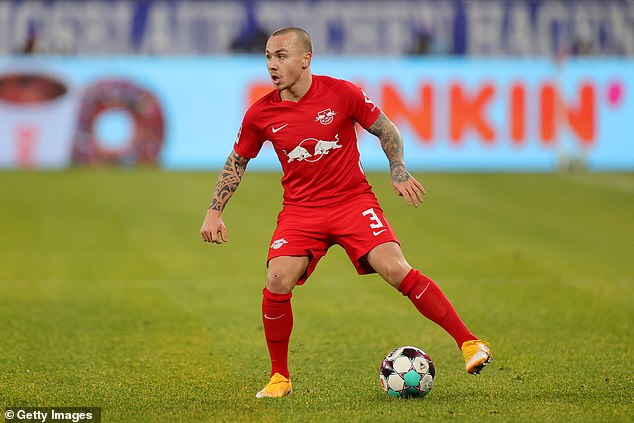 The left back, who has been a near ever-present for Julian Nagelsmann, will reach that mark if selected for Friday’s league game against Augsburg before next week’s Champions League date with Liverpool.

Angelino’s loan will continue until the end of the season, with the deal automatically becoming permanent when the transfer window opens in the summer.

The Spaniard has enjoyed two spells at City, who sold him to PSV Eindhoven in 2018 before buying him back a year later. 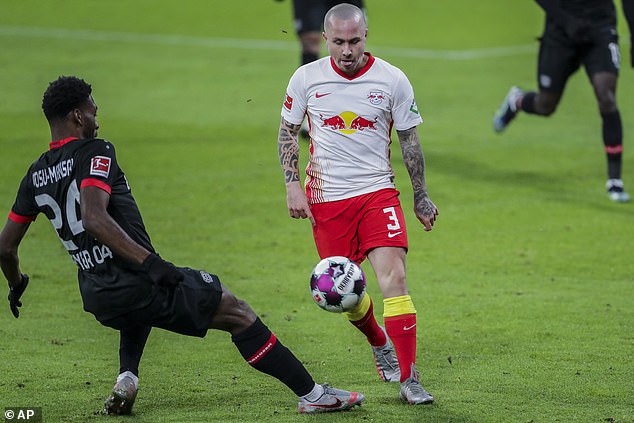 He failed to break into Pep Guardiola’s first-team plans and headed for Leipzig in January 2020, becoming an integral part of their surprise run to the Champions League semi-finals.

City possess the option to sign Angelino again for around £35m in the future. He made 11 starts for the club.