THE EUROPEAN Space Agency has revealed it will be sending a probe called EnVision to study the planet Venus.

This announcement comes one week after Nasa revealed it will be sending its Veritas and Davinci+ probes towards the second planet from the Sun.

The trio will work together to make the most of the missions.

Launches could begin at the end of this decade.

Venus is often described as Earth’s “evil twin” because it’s rocky and a very similar size to Earth but also extremely hot and dry.

The EnVision orbiter could get there as early as 2034[/caption]

The three missions will aim to answer why the planet differs so much from our own.

According to the BBC, Dr Colin Wilson, who help scope Envision, said: “Venus is our nearest neighbour and the only Earth-sized planet we can visit.

“It’s geologically active, we think. And if that’s the case we want to know why Venus didn’t turn out like Earth?

“Or, perhaps, the even better question is: why didn’t Earth develop like Venus? How come we got the habitable climate?”

EnVision will be focussed on the nature of Venus.

Nasa’s missions will be making maps and looking for evidence of geological activity like volcanoes.

EnVision will study the composition of rock to try and work out if there was ever water on the planet.

It will focus on areas that are considered the equivalent of Earth’s continents.

They’re called “tesserae” and EnVision could work out whether they were ever separated by water.

Previous missions suggest there are hundreds of thousands of volcanoes on the planet but we don’t know how many are still active today.

Interest in Venus has spiked recently after a study detected phosphine gas in its clouds and said this could be a sign of microbial life.

Venus – what you need to know 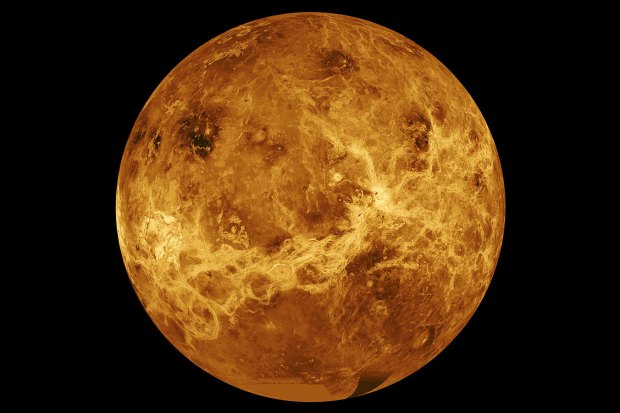 Here's what you need to know…


When is the next solar eclipse in the UK and US?

THE EYES HAVE IT


How to watch the solar eclipse in the UK and US

In other space news, Richard Branson could beat Jeff Bezos to space next month.

Scientist Brian Cox believes there could be 200 billion alien civilisations in the universe.

And, the world’s first reality show filmed in space will follow a contestant on a 10-day trip to the ISS in 2023.