US could get ANOTHER 100M covid vaccine doses this spring: Moderna aims to DOUBLE production to 40M doses a month by April while Johnson & Johnson says it can deliver 20M doses of its one-shot vaccine next month if it gets FDA greenlight

Two coronavirus vaccine manufacturers say they will be stepping up to deliver more doses to the U.S. as officials ramp up immunization efforts on Monday.

On Monday, Moderna Inc says it was aiming to double its monthly vaccine deliveries from about 20 million per month to 40 million by April.

Meanwhile, drugmaker Johnson & Johnson says it will be able to provide 20 million doses to America its single-shot COVID-19 vaccine by the end of March, assuming it gets the greenlight from federal regulators. 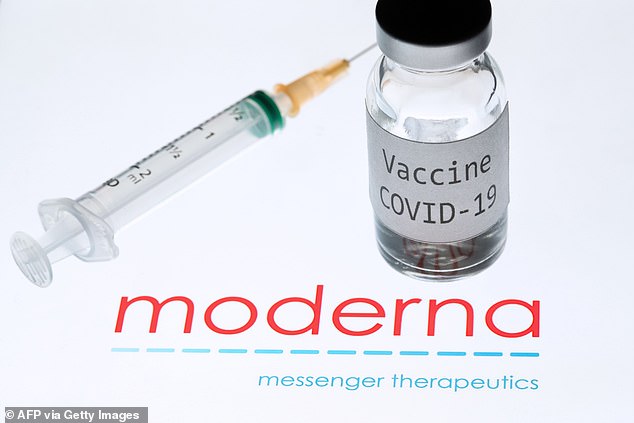 By April, Moderna hopes to double the amount of coronavirus vaccine doses it delivers to the U.S. from about 20 million per month to 40 million doses (above) 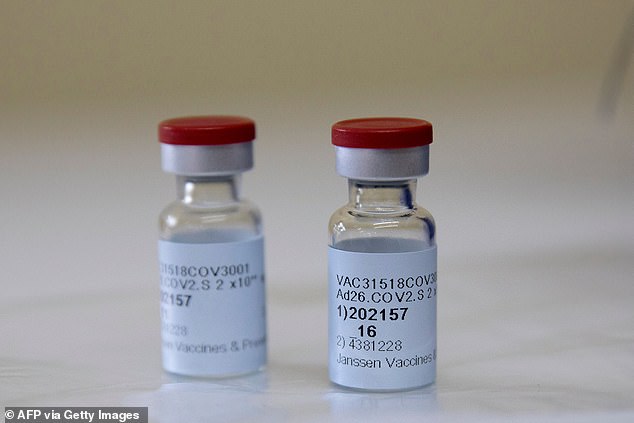 Johnson & Johnson said it can deliver 20 million doses of its one-shot vaccine to the U.S. next month in written testimony ahead of a Congressional hearing on Tuesday. Pictured: J&J vaccine vials against COVID-19 seen at the Klerksdorp Hospital as South Africa, February 18

Last year, the federal government signed a deal with Moderna for xx billion in exchange for 200 million doses of the company’s vaccine.

Moderna is aiming to double the vaccine deliveries to the U.S. government by April.

The firm has been scaling up production, manufacturing 17.8 million doses between October and the end of December, and 19.1 million doses in January alone – tripling the monthly production.

From April to the end of July, Moderna hopes to double this amount, delivery 40 to 50 million doses per month.

It comes as J&J announced it should be able to provide 20 million doses to the U.S. if it is approved by the Food and Drug Administration (FDA).

J&J disclosed the figure in written testimony ahead of a Congressional hearing on Tuesday looking at the country’s vaccine supply. White House officials cautioned last week that initial supplies of J&J’s vaccine would be limited.

The company reiterated that it will have capacity to provide 100 million vaccine doses to the U.S. by the end of June. 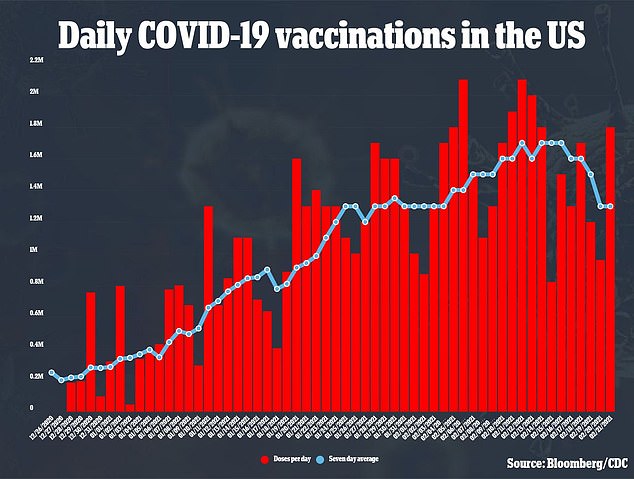 The daily average of vaccinations has fallen to 1.2 million per day, but it still appears President Joe Biden will reach his goal of 100 million shots in arms in the first 100 days of his term 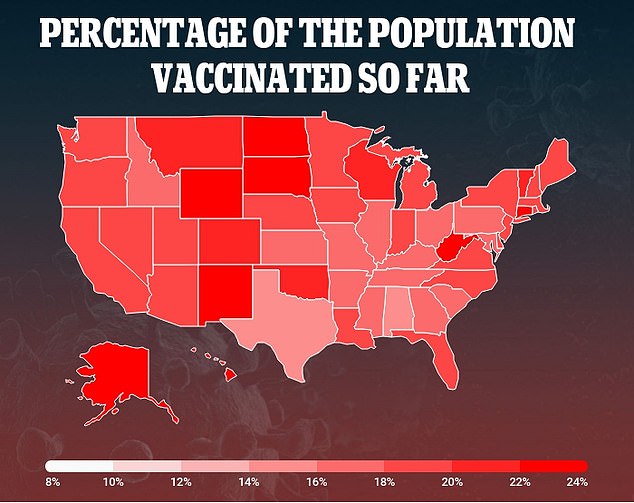 That supply will help government officials reach the goal of having enough injections to vaccinate most adult Americans later this year. On a global scale the company aims to produce one billion doses this year.

U.S. health regulators are still reviewing the safety and effectiveness of the shot and a decision to allow its emergency use is expected later this week.

J&J’s vaccine would be the first in the U.S. that requires only a single shot, compared to the currently available vaccines from Pfizer and Moderna, which require two doses spaced three to four weeks apart.

The daily average of vaccinations has fallen to 1.2 million per day, but it still appears President Joe Biden will reach his goal of 100 million shots in arms in the first 100 days of his term.

Britain's daily Covid cases fall by another third in a week with 3,030 more positive tests

More than 20% of Gen Z-ers say they will NOT get a Covid vaccine, survey finds