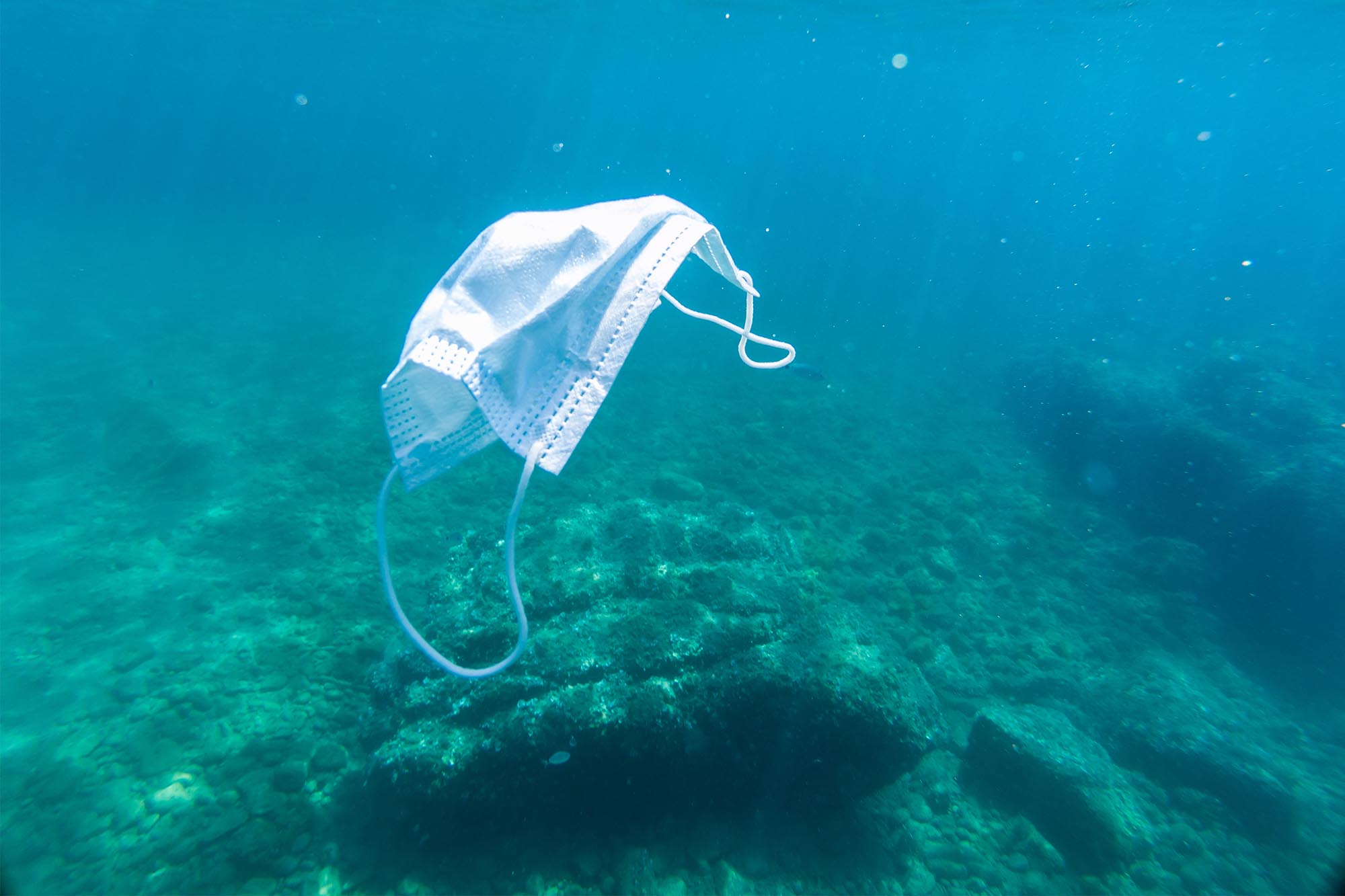 More than 1.5 billion disposable face masks will wind up in the world’s oceans this year — polluting the water with tons of plastic and endangering marine wildlife, according to a Hong Kong-based environmental group.

A report by OceansAsia cites a global market research report that estimates 52 million masks were made this year to meet the demand caused by the coronavirus pandemic.

It also says that a “conservative” calculation means at least 3 percent of them will be washed out to sea.

“Single-use face masks are made from a variety of meltblown plastics and are difficult to recycle due to both composition and risk of contamination and infection,” the report says.

“These masks enter our oceans when they are littered or otherwise improperly discarded, when waste management systems are inadequate or non-existent, or when these systems become overwhelmed due to increased volumes of waste.”

With each mask weighing three to four grams, the situation could lead to 6,800-plus tons of plastic pollution that “will take as long as 450 years to break down,” according to the report.

In addition to the harmful effects of micro-plastic and nano-plastic particles, elastic ear loops pose a “possible entanglement risk for wildlife,” the report says.

The report cites several examples of marine animals killed by masks, including a “dead bloated pufferfish” found tangled in the loops of a disposable blue mask by volunteers cleaning a Miami beach in August.

In addition, a necropsy on a malnourished penguin found dead on a beach in Brazil in September reportedly found a mask wadded up in its stomach.

The report offers recommendations that include wearing reusable, washable cloth masks “whenever possible.”

It also notes that Britain’s Royal Society for the Prevention of Cruelty to Animals has been advising people to “snip the straps” of their masks before throwing them out.

Will 2021 finally be the year we finally get the male pill?

12 missing after boat capsizes in Gulf of Mexico during storm