PLANS to eradicate smoking in Britain have been revealed after experts warned more people would die from smoking than from Covid this year.

The All Party Parliamentary Group (APPG) on Smoking and Health has warned the government that it needs to act swiftly to ensure the country is smoke-free by 2030. 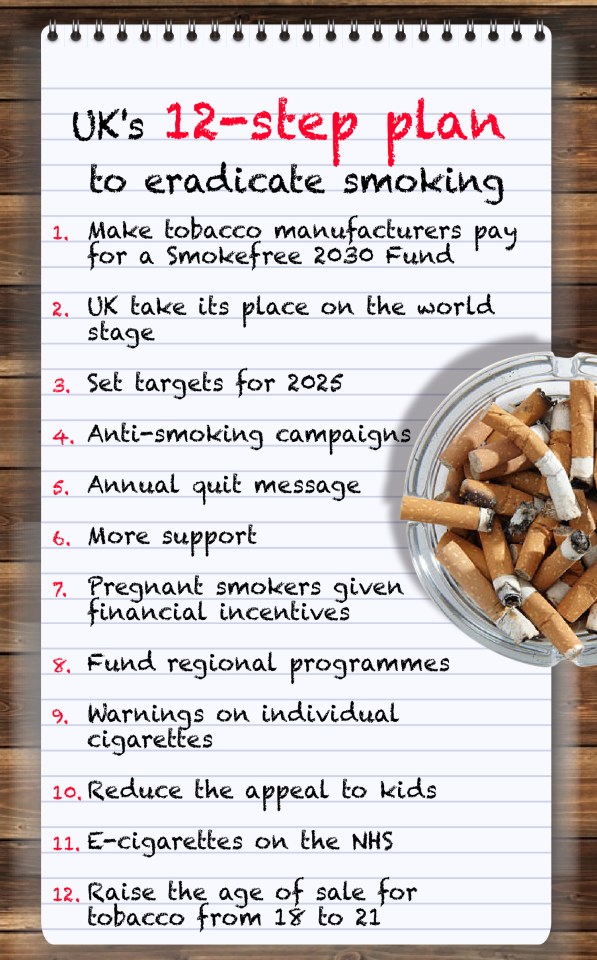 It highlighted comments from the UK’s chief medical officer Chris Whitty who recently warned fags are still more deadly than the virus which brought the world to a standstill.

In 2007 the smoking ban came into force, making it illegal to smoke inside pubs, restaurants, nightclubs, work spaces, anywhere in the country.

The APPG’s report comes after last week, it emerged that seven councils in England have taken that ban one step further.

Oxfordshire became the first to say they will ban smoking outside in public places.

And Northumberland county council, Durham, North Tyneside, Newcastle, and the City of Manchester all followed suit, with Gateshead adding that pavements must be smoke free.

The APPG said the government needs to “take control of tobacco” and take its place on the world stage.

To do this it will need to introduce measure such as giving out e-cigarettes on the NHS and banning them for people under 21.

Its report states that more regulations need to be put in place to protect children and young people from becoming smokers.

This includes additional health warnings on tobacco products – along with raising the age of sale to 21-years-old. 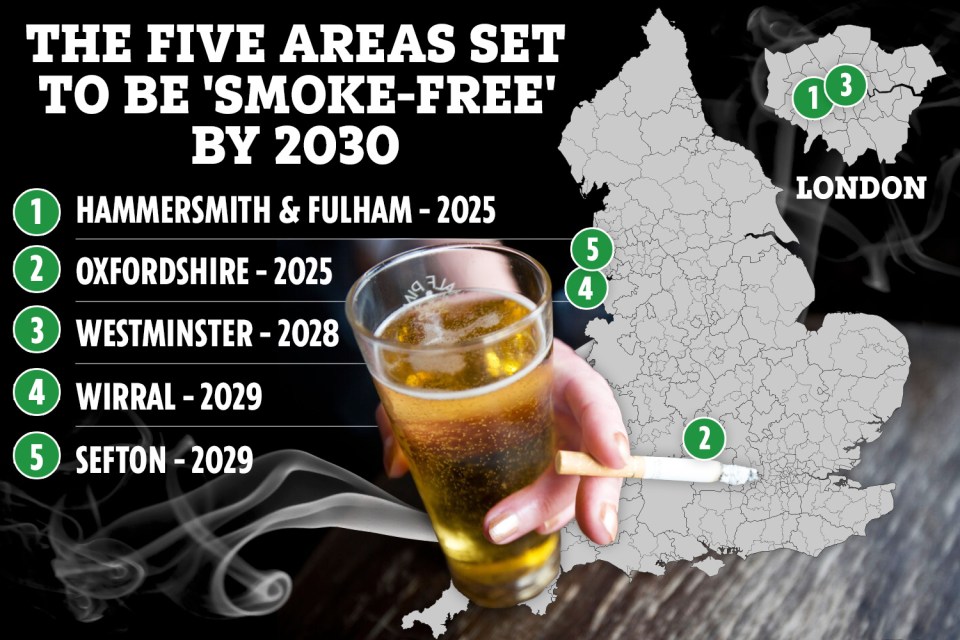 The group has also called for further investment to help smokers quit in areas where smoking is most dangerous.

This the APPG states, includes areas where manual jobs are prominent and where many people live in social house with mental health conditions.

It says the government should also invest in services which would help pregnant women kick the habit.

The 12 steps are in full below and show how the APPG sees the UK reaching a smoke-free 2030:

These measures, experts say, will help the UK become smoke free by 2035, but they added that it cannot be achieved without sufficient funding.

He added: “The manufacturers have the money, they should be made to pay to end the epidemic.”

One MP in the North East said that while the region has made progress in becoming smoke free, it is still being hindered by the addiction.


UK won't be safe from Covid variants until 80% of globe gets jab, say WHO

Mary Kelly Foy MP (Vice Chair of the APPG, City of Durham, Labour) said the North East is one area where smoking rates have been historically high.

She said: “Although we’ve made good progress in recent years, we still suffer disproportionately from disease, disability and death caused by smoking.

“The APPG report recommendations will sever the ‘iron chain’ linking smoking and disadvantage.

“They are essential if we are to build back fairer and level up communities like my own.”

Deborah Arnott, Chief Executive of ASH added: “We all applauded when the Government announced its ambition for a Smokefree 2030. But that was two years ago, the time has now come to deliver.”