The 23-year-old missed training on Wednesday with an ongoing foot and ankle issue, but manager Ole Gunnar Solskjaer has his ‘fingers crossed’ he will be available on Thursday.

Solskjaer said: ‘Yes Marcus didn’t train this morning so I’ll have to give him as much time as possible, his foot is still a little bit sore, but fingers crossed he is available tomorrow.’ 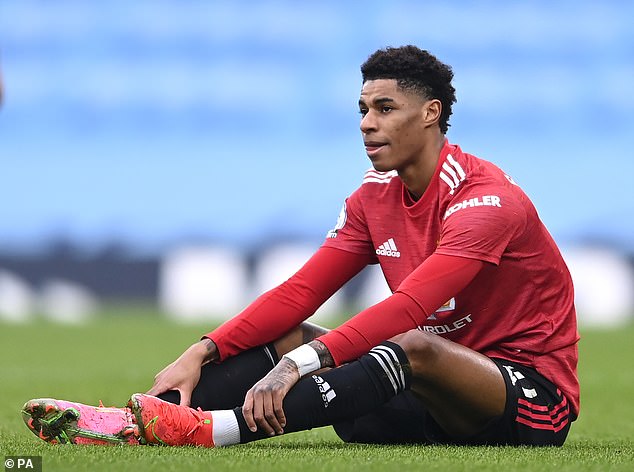 Daniel James is back after missing the Tottenham match, but Luke Shaw, Harry Maguire and Scott McTominay are suspended.

Anthony Martial and Phil Jones remain out, while Eric Bailly is unavailable despite returning to Manchester following a recent positive Covid-19 test. United have added 18-year-old Will Fish to their Europa League squad.

The United boss added: ‘It’s never a positive thing to not have every player available,’ said Ole. ‘But we’ve got players ready to deputise and come into the team. 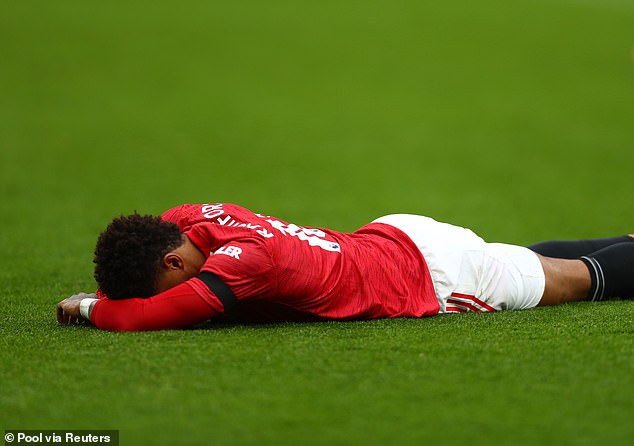 ‘Of course, the [bookings] amnesty is after this quarter-final so we hoped to get them through but there are some easy easy yellow cards there that the referee handed out. But we’re ready to deal with that.