OLEKSANDR USYK may need to get back to the drawing board in his attempt to intimidate Anthony Joshua.

The Ukrainian sent the British heavyweight champ a bizarre message while stepping up preparations for their September showdown.

Usyk, 34, showed off his power and physique while skipping in the gym.

As the camera panned on AJ’s mandatory challenger, he says: “Hey Anthony, how are you?”

The fighting talk is unlikely to have Joshua quaking in his boots just yet.

His message comes after Matchroom promoter Eddie Hearn confirmed the fight will be signed this week.

And it is likely to take place at the Tottenham Hotspur Stadium in London.

Hearn said: “I can tell you that this week, that this is a more confident footing than the Joshua – Fury negotiations, because I know Alex Krassyuk (Usyk’s promoter) very well, and I know Usyk very well.

“This week that fight will be signed. We’re looking at September in London. Just finalising the details.

“It’s a great fight, a dangerous fight, it’s not the one we necessarily wanted or expected. But it’s a high level heavyweight fight. 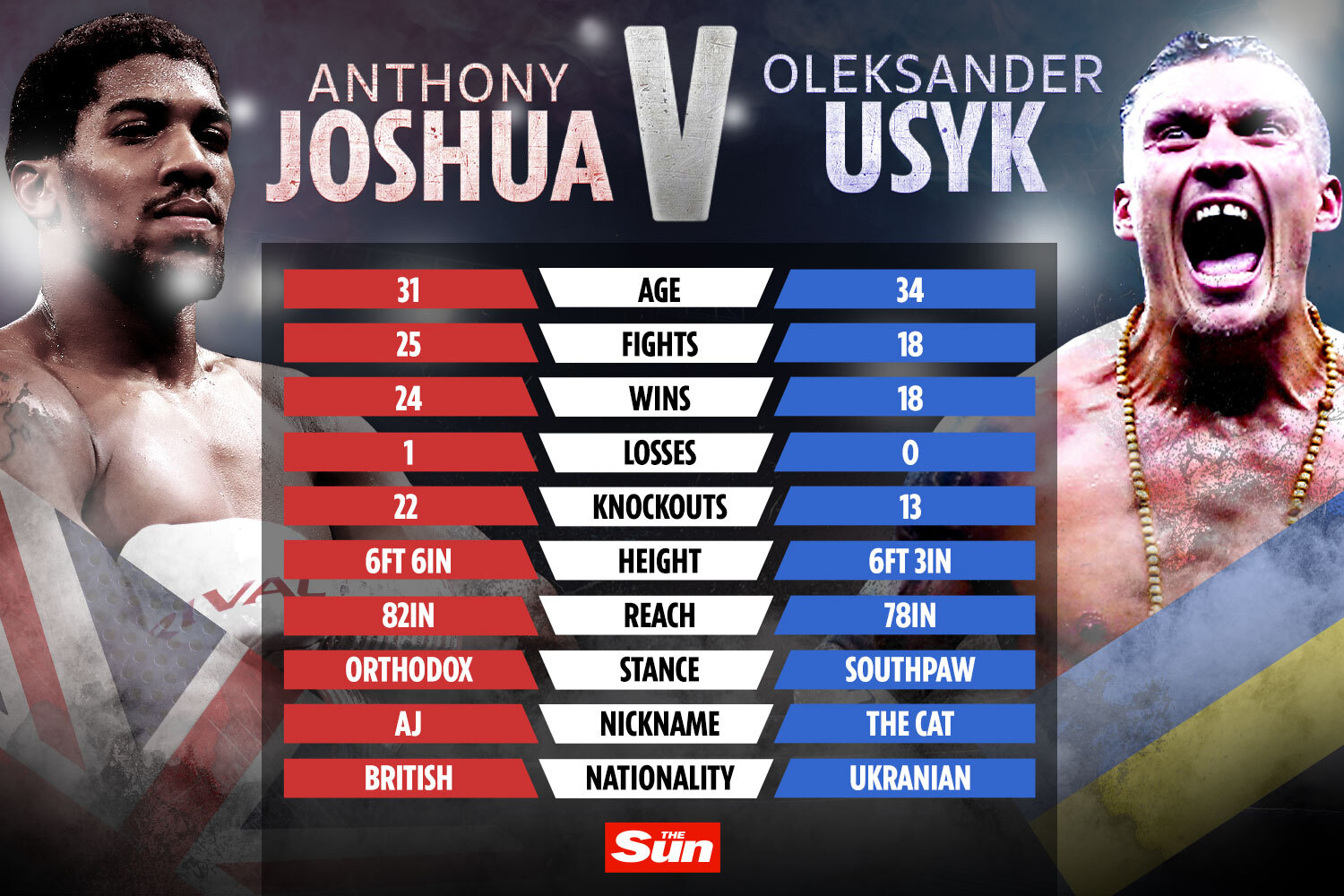 “It’s a unified heavyweight champion against the undisputed cruiserweight champion, and on we go with that fight – it’s a big event.”

Joshua, 31, and Fury, 32, had agreed terms for a unification on August 14 in Saudi Arabia.

It came after the Gypsy King walked away from a trilogy bout with Deontay Wilder, believing the immediate rematch clause had expired.

Wilder, 35, took his case to arbitration and after months of mediation the judge ruled in his favour.

To avoid another legal battle or paying step aside money, Fury then agreed to a trilogy bout, with the pair signed to fight on July 24 in America.

It left Joshua out in the cold and forced to line up southpaw Usyk, 34, who became his mandatory after stepping up to heavyweight.

Can you guess what these celebs including Kim Kardashian and Gillian Anderson are advertising by posing nude?

Anyone with cold or flu symptoms should get a Covid test, warns expert