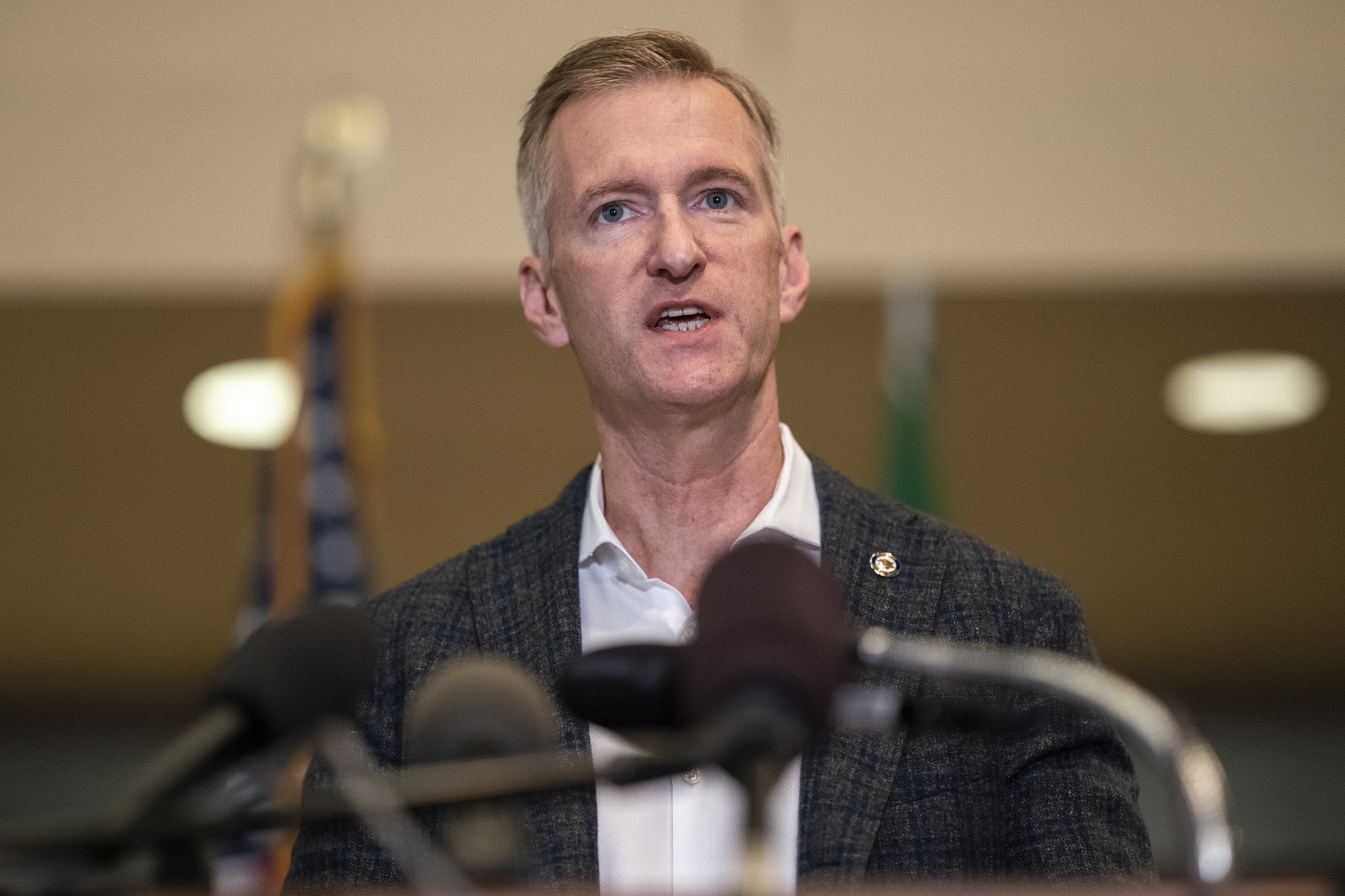 Portland Mayor Ted Wheeler, whose city has been plagued by Antifa rioters, was punched in the face as he dined at a local café, according to reports.

The mayor tried to ignore the hecklers, but they eventually “pushed their way past restaurant employees” and confronted him, Middaugh said.

When Wheeler asked the people to leave, “one member of the group started swatting at the mayor and made physical contact with him,” the spokesman added.

The mayor could be heard on video claiming to have been assaulted.

A different clip captured him asking the person behind the camera how old they are — and tells them to grow up.

“You are going to be made to feel like the scum you are,” the person later yelled at the mayor before café staff persuaded the group to leave, the newspaper reported.

Wheeler snapped a photograph of his alleged attacker, Tracy Molina, a social justice activist and regular participant in his city’s protests against police violence and systemic racism.

No one has been arrested, police said. The mayor does not plan to seek criminal charges in the incident, according to his spokesman.

“Given the tenor of political discourse nationally and locally, it’s not unusual for people to confront the mayor and other elected officials in public. It’s part of the job,” Middaugh said.

“The mayor will continue to support local restaurants and businesses as often as he can. He urges others to do the same,” he added.

The incident occurred a day before police in a suburb of Portland declared a riot after dozens of people smashed windows and sprayed graffiti in a downtown business area, Fox News reported.

The mayhem in Tigard, a city of about 48,000 residents, came in response to the fatal police shooting of Jacob Ryan McDuff, 26, a domestic violence suspect, according to the outlet.

Zane Saleem Bsoul, 20, was arrested and charged with one count of rioting.

Last week, Wheeler vowed to get tough with Antifa, whose members engage in near-nightly campaigns of mayhem, violence and destruction in the city.

“My good faith efforts at de-escalation have been met with ongoing violence and even scorn from radical Antifa and anarchists,” he said Jan. 1.

“In response, it will be necessary to use additional tools and to push the limits of the tools we already have to bring the criminal destruction and violence to an end,” Wheeler added.

The Serie A title race is now wide open and here are the contenders ahead of a vital weekend...