FURIOUS Prince Harry has threatened to sue the BBC for libel over claims he did not ask the Queen’s permission to name his baby daughter Lilibet.

In a legal letter yesterday he demanded that the corporation stop repeating the allegation.

Prince Harry has threatened to sue the BBC[/caption]

The Beeb had reported that a senior Buckingham Palace source confirmed Harry “never asked” his grandmother about using her personal nickname for the newborn.

The Duke and Duchess of Sussex had earlier told the BBC via close sources that Harry, 36, did, in fact, speak to the Queen and “would have mentioned the name” to his grandmother.

And in a swift and aggressive rebuttal to the BBC’s report, Harry threatened to sue for libel through London law firm Schillings.

A spokesman for Harry insisted he “spoke with his family in advance of the birth announcement” and the Queen was “the first family member he called”.

They added: “During that conversation, he shared their hope of naming their daughter Lilibet in her honour. Had she not been supportive, they would not have used the name.”

Sources last night told The Sun there was “irritation” from the Palace at claims by Harry and wife Meghan’s camp that they had told the 95-year-old monarch in advance about the tribute.

The source added Harry “never asked” the Queen for permission, saying: “A phone call was made before the public announcement — but the question was never asked. The news was simply presented to the Queen.”

The Sussexes said the Queen was “supportive” of the idea and would have made clear if she was not happy.

Harry and Meghan welcomed their second child on June 4[/caption]

However, a source said: “There was irritation that Harry and Meghan insisted in public that it was done by the book. But as far as the Palace was concerned, it wasn’t.”

Harry and Meghan have firmly denied the BBC’s claims.

Mr Scobie said the couple would not have used the name Lilibet for their daughter unless the Queen had supported the move.

Legal experts say Harry would have the upper hand in court.

Media lawyer Mark Stephens said: “He would have been defamed simply by being called a liar.

“In terms of who would win a legal battle, the Queen cannot be compelled to give evidence so the BBC would be having to rely on a confidential source who would be unlikely to come forward.

“You then have Harry who would say he had first-hand knowledge of the conversation because it was he who spoke to his grandmother.”

The couple named their newborn after the Queen, whose personal nickname is Lilibet[/caption]

The row followed Sunday’s announcement that Harry and Meghan, 39, would be calling their second child Lilibet ‘Lili’ Diana Mountbatten-Windsor.

In terms of who would win a legal battle, the Queen cannot be compelled to give evidence so the BBC would be having to rely on a confidential source.

The baby, born in California on Friday, shares the nickname Prince Philip called his wife for more than 70 years.

It was first given to Her Majesty by her father King George VI when young Elizabeth struggled to ­pronounce her name properly.

Royal experts suggested using the Queen’s personal nickname would have upset the monarch as it is “deeply personal” to her.

She added: “It’s a ravagement of the Queen’s privacy and identity.”

Meanwhile Angela Levin, author of Prince Harry: Conversations with the Prince, suggested the Duke could have held a ­conversation about names with the Queen — but only given “half information”.

She said: “If you think back to the Oprah chat he did about ­mental health, he started working with her in 2019 when he was still in the Royal Family. 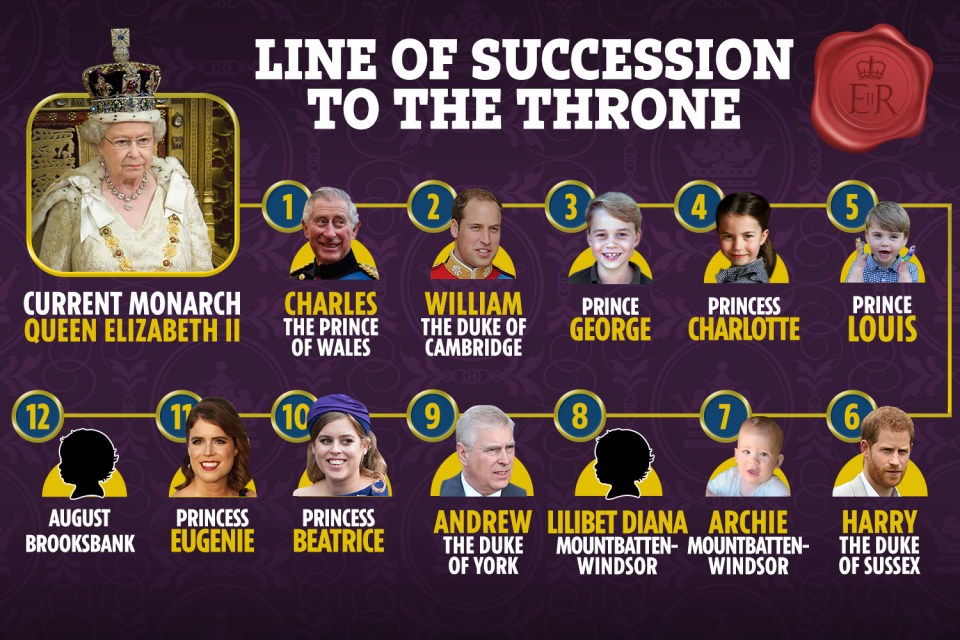 “He asked the Queen for permission and she gave it on the understanding the programme was about the Invictus Games — damaged and wounded military men and women and talking about their mental health.

“But what actually happened is he was vile about his own family.

“Harry gives out half the information so the Queen says yes, and then he diverts.

“What he likely said is that he’d like to name the baby after her and she would have said ‘how lovely’, thinking it would be Elizabeth as a first or middle name. Prince ­William had done as much with Princess Charlotte.

“But I can’t imagine for a second he specifically said ‘Lilibet’ and she allowed it. It’s a huge invasion of her privacy.”

It is the latest souring of relations between Buckingham Palace ­officials and the Sussexes since they quit the Royal Family last year for the US with son Archie, two.

Tensions boiled over following an Apple TV interview with Oprah Winfrey in March, when Harry and Meghan alleged they suffered racism and neglect while part of the Royal Family.

Harry’s legal threats to the BBC come weeks after he and Prince William blasted the corporation for its treatment of their mother.

“PRINCE Harry is coming across like a typical f***ing woke snowflake, f***ing a***hole. Just don’t be f***ing dissing your family because there’s no need for it.”

No, it’s not an official statement from Buckingham Palace. Nor the words of Prince William. They’re from national treasure Noel Gallagher.

William may have said something similar in private. We cannot know.
Likewise we can only guess exactly what was said when Harry contacted the Queen, apparently to ask consent to bestow her highly personal nickname Lilibet on his new daughter.

He and Meghan insist that if Her Maj had said No they’d have thought again. OK. But a senior Palace source claims to the BBC that’s not so. That they never really sought her permission.

We all know “recollections may vary”. But is it really plausible the Californian Oprah-botherers just made this one up?

Why won’t the Palace officially back their version of events?

A damning report concluded Beeb journalist Martin Bashir, 58, had forged bank statements to secure his exclusive 1995 interview with Princess Diana, two years before she died in a car crash.

Prince William, 38, slammed the BBC, insisting the failings “not only let my mother down, and my family down; they let the public down”.

Meanwhile, younger brother Harry also blasted the Corporation, saying: “Our mother lost her life because of this.”

Teen Mom fans praise Chelsea Houska’s husband Cole for ‘stepping up’ as a father figure for her daughter Aubree, 12