By Adam Shergold for The Mail on Sunday

Derby County just can’t shake off the impression of turmoil behind the scenes.

Their players have only just been paid some of their December wages, a transfer embargo has scuppered January business and the much-anticipated Abu Dhabi takeover seems to have stalled.

And yet, despite everything, their rookie manager Wayne Rooney is getting results. This hard-fought win over Queens Park Rangers was their second in five days, putting vital breathing space between themselves and the Championship relegation zone. 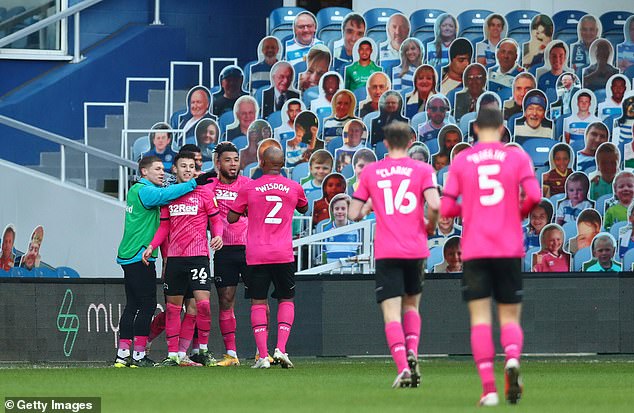 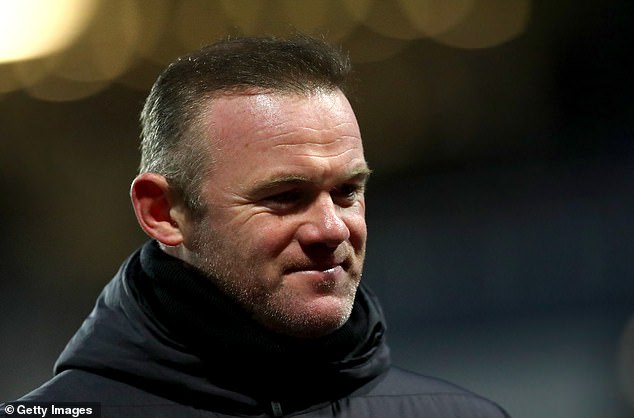 Colin Kazim-Richards earned their second straight 1-0 win with a tap-in but Rooney won’t care how the points come. The division’s only game of the day wasn’t exactly a classic, but nobody of a Derby persuasion cared one jot.

The Rams are now five points clear of danger in 21st and though Rotherham, in 22nd place, have three games in hand on them, Rooney will rather have the points on the board.

Indeed, Derby are now only two points shy of QPR, who were angered that they didn’t get a second-half penalty when Kazim-Richards appeared to handball. 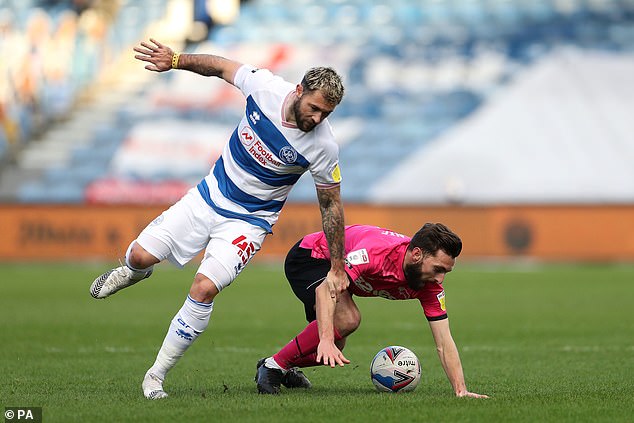 In a lesser-spotted occurrence from this season’s Championship, both manager named unchanged starting line-ups after midweek 1-0 wins. It seemed the old ‘if it ain’t broke’ adage had been applied.

Derby, who stunned promotion chasers Bournemouth to return to winning ways on Tuesday, carved out an excellent early chance on nine minutes.

The ever-willing Nathan Byrne attacked down the right and hooked in a cross that found Kazim-Richards completely unmarked in the middle.

Kazim-Richards seemed to get his feet in a tangle, couldn’t find a clean connection of any kind and was left cursing his own appendages. 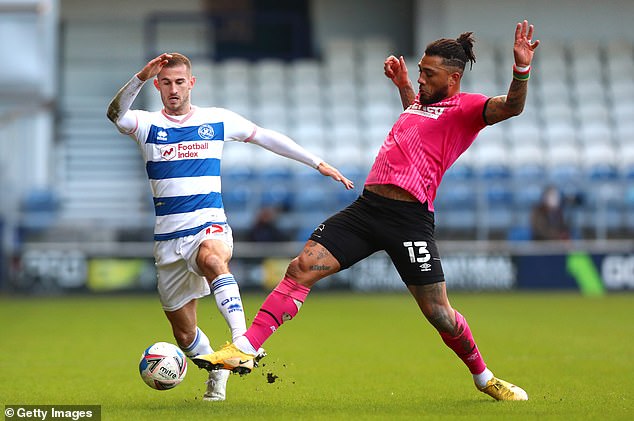 Rangers’ 1-0 win at Cardiff, earned thanks to Chris Willock’s first goal for the club, was another step in the right direction and gradually they found a footing in this one.

The returning Charlie Austin has added a fresh dimension to their attack and he headed Todd Kane’s right-side cross into the ground and it bounced just wide.

He would see a better chance come his way five minutes later, denied at point-blank range by the body of Kelle Roos after Kane had cut back a deep Niko Hamalainen ball. Austin’s strike partner Lyndon Dykes wasn’t able to turn home the rebound.

Entertainment levels could only improve after the break and QPR re-emerged with the greater intent, forcing a series of corners. But just as they started to truly threaten, Derby hit them on the counter.

Graeme Shinnie carried the ball forward and found Kamil Jozwiak in a shooting position. His low shot was pushed aside by keeper Seny Dieng but straight into the path of Kazim-Richards, who tapped home his fourth goal of the season. 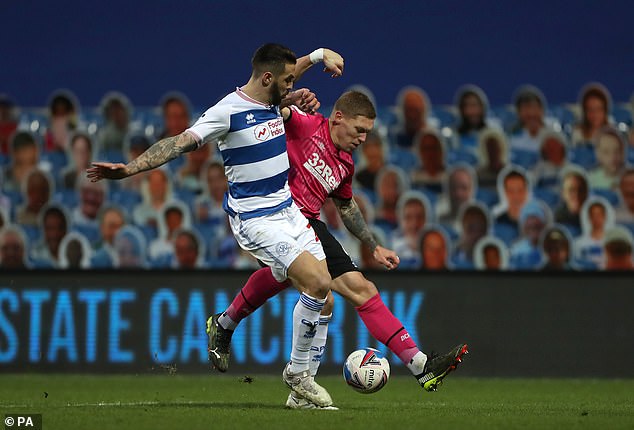 Rangers had to respond and their players screamed for a penalty when Rob Dickie’s corner appeared to strike Kazim-Richards on the hand. Referee Tim Robinson and his assistant disagreed but it’s fair to say VAR would have given it.

With 13 minutes left, and Rangers turning the screw looking for an equaliser, Roos pulled off a brilliant one-handed save at his near post to keep out Yoann Barbet’s overhead kick.

One characteristic of Rooney’s Derby has been their resilience at the back and it was in evidence again in the final 15 minutes as they repelled QPR again and again to seal another precious victory.

Arsenal announce £47.8m loss after tax for the 2019-20 season in latest financial results

Newcastle: Fans hit out at the club for their 'hypocrisy' after High Court takeover blow