DO you remember the magic money tree? Our previous Prime Minister, Theresa May, said there wasn’t one.

Well, it turns out there’s a bloody great forest of them.

Boris, show you are a brave Prime Minister as well as a generous one and sort out the NHS[/caption]

Boris Johnson has been shaking them like billy-o for the last year or two.

And now he’s shaking them again.

The NHS is going to be bunged extraordinary amounts of dosh first.

And then there’ll be more funding for social care.

The magic money tree is actually us, of course.

Boris is going to fund this extravaganza by hiking National Insurance by a whopping 1.25 percentage points, so we’ll all be paying more to the state.

Most read in Opinion


Boris Johnson’s tax rises will be painfully hard to swallow


Did ‘psycho’ Colin Pitchfork fool parole board like he fooled cops?

I have no problem with that whatsoever, although I’d rather it had been done through income tax and a tax on assets and wealth.

But quite a lot of Conservative MPs are screaming blue murder.

He has emerged from his crypt, clanking his chains, complaining to anyone who’ll listen.

The Conservatives are meant to be the party of low taxation!

Well, Phil, this is a new Conservative Party.

The old rules don’t apply, mate. And that’s why Labour has been left speechless.

They’ve been outflanked on the left . . . again.

I think our public services have been underfunded for too long.

So I am glad the Prime Minister kind of agrees.

I’d really like more money spent on transport and infrastructure and business investment.

But this is a decent start.

Except for one thing. The NHS.

But it will always need more money.

There is no amount of dosh that can be flung into its gaping maw that will ever be enough.

Already some NHS bosses are saying even this massive injection of cash won’t be enough.

And that’s because, between you and me, it is appallingly badly run.

We think of the NHS as being the envy of the world.

There’s a good case for saying we should scrap it completely and start again.

But given the PM’s generosity with our money, here’s what we should do now.

Its management is horribly bureaucratic, ponderous and inefficient.

It spends millions on diversity commissars when the service is already just about the most diverse employer you could imagine.

There are too many executives and too few doctors and nurses who are, in any case, not paid enough.

If we are going to dig into our pockets to boost the NHS for the next three years, we need a promise that this funding will go hand-in-hand with a reorganisation of the NHS.

That should include promoting medical insurance for the well-off to take a little of the strain off the system.

Our expectations have outgrown what the NHS can actually do.

Without reform, this will be just throwing good money after bad.

Our hard-earned wages will be swallowed up and the NHS will still be demanding more.

So, Boris, show you are a brave Prime Minister as well as a generous one and sort out the NHS.

Or we’ll need another forest of magic money trees.

Walk with cyber-Scarlett would be simulating

THE latest plan to keep the elderly active is to give them robot dogs.

The idea is the cyber-dogs clamour to be taken for a walk, thus exercising their owners.

The elderly will be missing all the fun of carrying little black bags with them.

RIGHT now the Government is signing licences to allow for the slaughter of another 60,000 badgers.

This is despite the fact there is very little evidence to suggest the mass killing has had any impact on bovine TB in cattle.

The Government is signing licences to allow for the slaughter of another 60,000 badgers[/caption]

The Government are doing it – pig-headedly and stupidly – because it is what the farmers want.

By Christmas, then, a total of 200,000 badgers will have been killed in the past eight years.

This is a shocking statistic, a crime. And utterly needless.

Meanwhile, the post-mortem has been carried out on Geronimo the alpaca, killed because it was suspected of having bovine TB.

The best the Government’s own scientists can say is that “TB-like lesions” were found and more tests are needed.

George “Useless” Eustice, the Environment Secretary, used 25 policemen to ensure Geronimo could be dragged away from his farm and murdered.

Surely it is time Boris Johnson apologised for the needless killing of an innocent animal.

And then sacked Eustice.

CERTAIN companies are threatening to dock the pay of people who continue to work from home.

This is so stupid and short-sighted I hardly know where to begin.

Working from home is environmentally friendly, with all that commuting wiped out.

It means a better life for the worker.

It also means that businesses can save on the rent they pay by downsizing their offices, freeing up space – possibly to help solve the country’s accommodation problem.

If there are problems getting homeworkers to do the stuff they are meant to be doing, sort out a proper programme for them.

The more people work from home, the happier the country will be.

THE writer of boring historical fiction Hilary Mantel is “ashamed” of Britain and intends to move to Ireland.

The author of Wolf Hall doesn’t like the fact we elected a Conservative government.

She also whined about Brexit.

She said she was moving so she could be “European” again.

Britain’s in Europe, you posh dingbat.

Reading between the lines, though, it seems it’s not Britain that she hates.

Which is probably why she likes the European Union.

Still, I don’t know what the poor old Irish have done to deserve her.

LONDON Underground may soon get rid of one of the greatest pleasures of travelling by Tube – the fruity voice announcing: “Maynde the gap!”

They are improving the safety of getting on and off trains, meaning the voice may no longer be needed.

London Underground may soon get rid of one of the greatest pleasures of travelling by Tube – the fruity voice announcing: ‘Maynde the gap!’[/caption]

I hope they don’t update Everything.

Some American friends of mine really love the notices which say “Way Out”. They crease up with laughter.

And I would miss the sign that says “Dogs must be carried on the escalators”.

What if you don’t have one? Do you have to use the stairs? 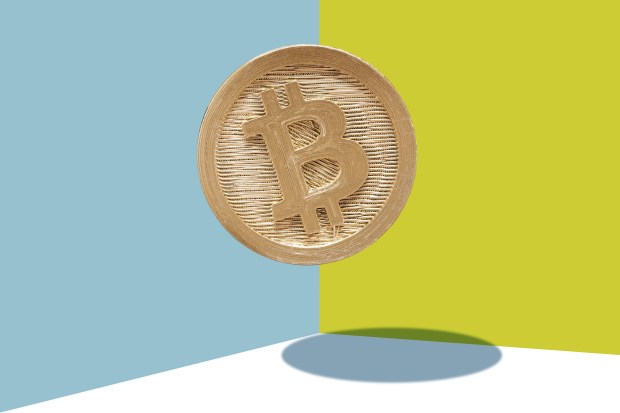 EL SALVADOR has just become the first country in the world to recognise Bitcoin as legal tender.

In most of the rest of Latin America, the legal tender is cocaine.

El Salvador is one of the world’s most murderous countries and known to be just a teeny bit corrupt.

They have a smart, young president.

And he is probably the only bloke in the country who knows how Bitcoin works.

A NEW survey reveals that Italy is the country in the world where couples are most likely to use food during love-making.

No surprise, really. It’s quite a nice cuisine, Italian, isn’t it?

It was never going to be us, was it?

Our food lacks a certain romance.

“Come on, love. Let’s retire to the bedroom. I bought two Scotch eggs and a pork chop in Aldi this morning.”

AN Arizona woman was arrested for using the website Craigslist to find a horse for a spot of hanky panky.

Well, I say woman. The real name of the person was Donald Waelde, but he said he identified as a nice lady.

OK, maybe not a nice lady.

Donald said he wanted to perform a “sex act” on the horse.

But the cops caught him/her before he had a chance to make Dobbin a happy animal.

If you ever get the urge to give a horse a bit of a noshing, just say: “Naaaaaayyyy.”