A SHOCKING graph has revealed why the next stage of lockdown has to be postponed as cases of the Delta variant surge in the North West.

Prime Minister Boris Johnson this evening revealed that the June 21 ‘Freedom Day’ would be pushed back by four weeks.

Addressing the nation alongside the PM, England’s Chief Medical Officer, Professor Chris Whitty this evening warned that the rate of increase in the North West is a sign of what’s to come across the rest of the country.

He said that while the rates in the region were not “immediately overwhelming the NHS” if restrictions were eased, then issues could arise.

“It will follow off where the North West has led”.

He explained that the numbers are still relatively low, but in just two weeks the spread could “take off rapidly”.

The PM tonight explained that a short delay in loosening restrictions would prevent thousands of deaths and buy extra time for more Brits to be double jabbed. 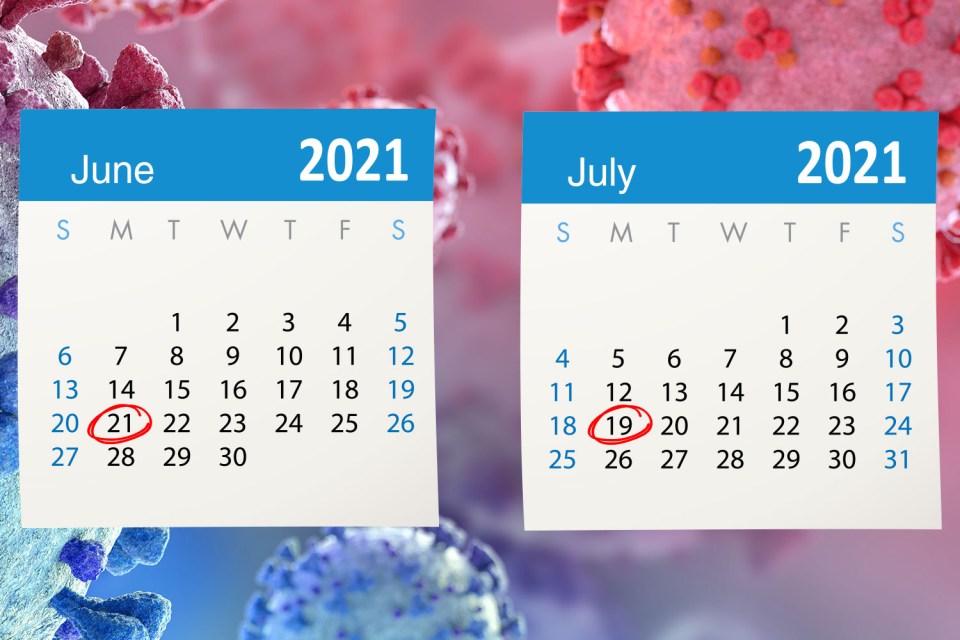 He warned that there were “millions of younger adults who have not been vaccinated” – but revealed that 23 and 24-year-olds could book jabs from tomorrow.

And he warned that “sadly”, some elderly and vulnerable may still get ill, even if they have had two jabs.

In a glimmer of good news Mr Johnson was bullish about only needing to hold off for for weeks – and stressed there was no need to slam into reverse.

And brides and grooms were also given a much-needed boost as the PM scrapped the 30-guest cap on weddings.

Boris said he would review the data again on June 28 – and suggested that could be eased early on July 5 if the Covid outlook improves, but that was unlikely.


All over-40s WILL get second jabs faster to beat Delta variant, Boris reveals

What did Chrissy Teigen say in her Medium apology?

Why isn’t Zlatan Ibrahimovic playing for Sweden in Euro 2020?