That saw the Spanish forced to play an Under-21 side for their friendly against Lithuania on Tuesday – the same day Llorente returned a positive test.

And as a result, six senior stars – Kepa Arrizabalaga, Raul Albiol, Brais Mendez, Pablo Fornals, Rodrigo Moreno and Carlos Soler – have been called up and made to train in a parallel bubble to the original group.

Following Spain’s 4-0 win over the Lithuanians, the Spanish FA have confirmed a number of Under-21 players will also remain in Madrid to train there.

And it looks more and more likely players from the reserve groups will have to be used after Llorente, 27, was struck down.

A Spanish FA statement read: “The RFEF regrets to announce that central defender Diego Llorente has tested positive in the last PRC tests carried out this morning (Tuesday) at the national team base.

“He will leave tonight in a medicalised vehicle, following the established health protocols.

“The squad will continue to work with the routines established in COVID-19 situations.

“Personalised training will be maintained to continue with the preparation of the European Championships. 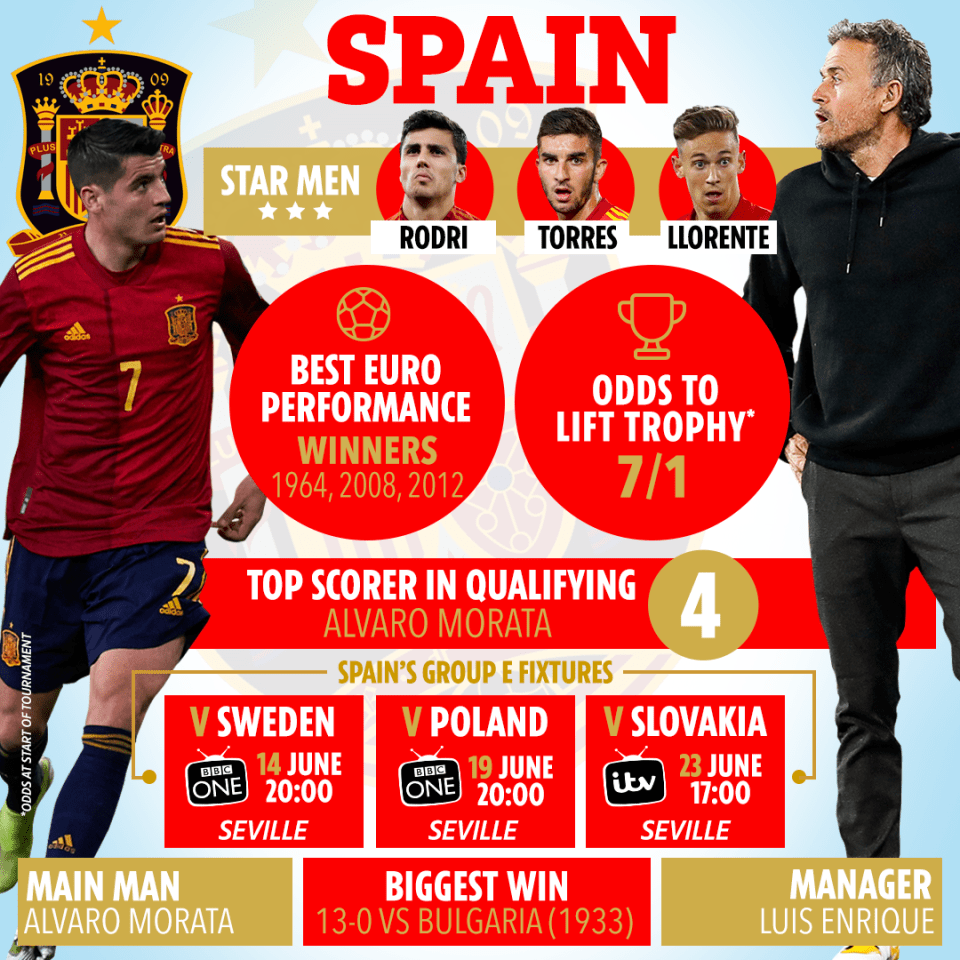 “Training sessions for the players in the parallel bubble will continue on Wednesday at 11am under the command of Luis Enrique in response to the setbacks suffered in recent days.”

Busquets led the team in a friendly against Portugal on Friday but contracted the virus over the weekend and has entered a period of self-isolation.

Spain open their Euro 2020 campaign against Sweden on Monday.

They head into the tournament as fourth favourites behind France, England and Belgium.

Boss Enrique was the only manager not to select all 26 players in his squad and instead opted for 24.

After their opener against Sweden, Spain then face Poland and Slovakia in Group E.