Thiago Alcantara is still falling short in his understanding of Jurgen Klopp’s counter-pressing mentality at Liverpool, according to a source close to the club.

The gifted central midfielder, 29, was Liverpool’s major summer signing summer if not in price then in reputation, joining from European champions Bayern Munich for £20million after winning 16 trophies in seven seasons.

However, he has failed to live up to lofty expectations at Anfield, with zero goals and assists in 14 Premier League appearances so far this season. 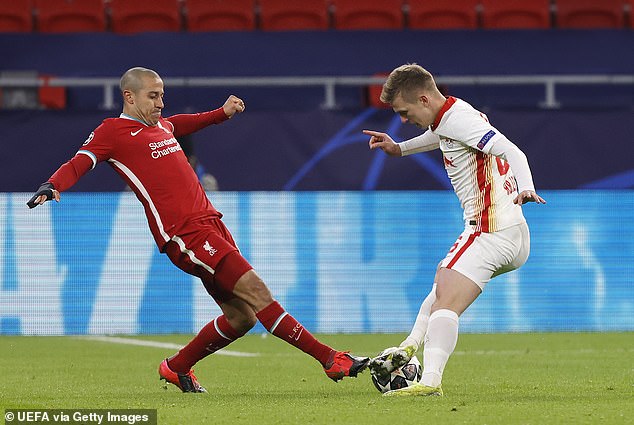 Liverpool’s Thiago Alcantara is falling short in his counter-pressing, according to a club source 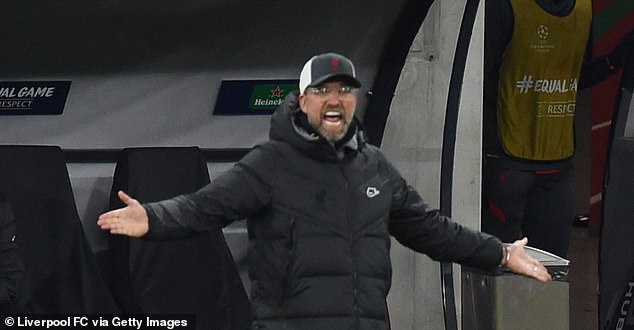 There are also concerns his pressing is not yet up to the standard of fellow midfielders Jordan Henderson, Fabinho or Georginio Wijnaldum.

However, a source close to the squad told the Athletic: ‘It is just adaptation. With this guy, it is not a problem of attitude, professionalism or confidence.

‘And tell me someone who has performed well for Liverpool in recent months? It is not easy to just walk in and blitz it.’ 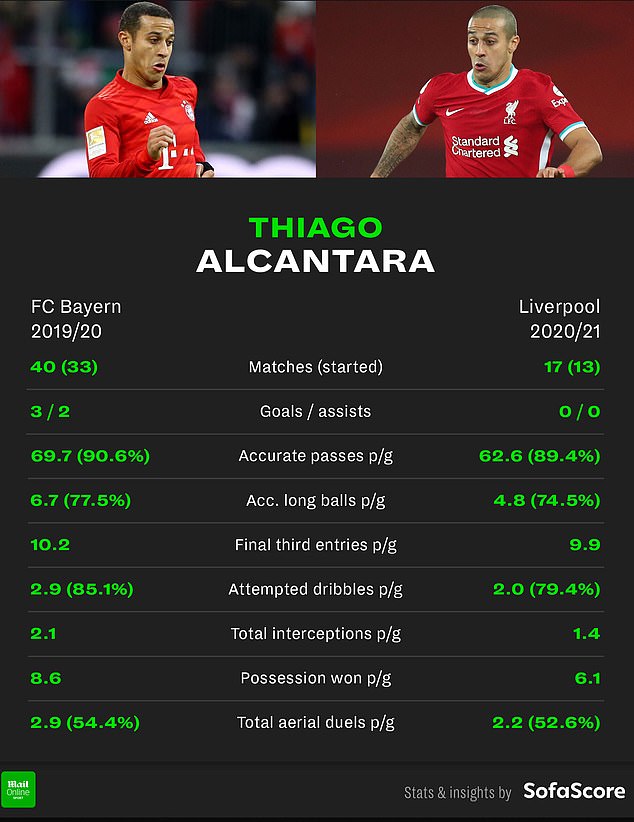 Separate sources added that with the likes of midfield enforcers Henderson and Fabinho often forced to play in defence due to the centre-back injury crisis, Thiago felt ‘exposed’ by the lack of a holding midfielder next to him.

The 39-cap Spain international could also point to improved performances when he has received this support, for example alongside Fabinho in Wednesday’s 2-0 Champions League win against RB Leipzig.

There are mitigating factors, including missing pre-season, testing positive for Covid-19 and being injured for several months following a poor tackle by Richarlison in October’s Merseyside derby. 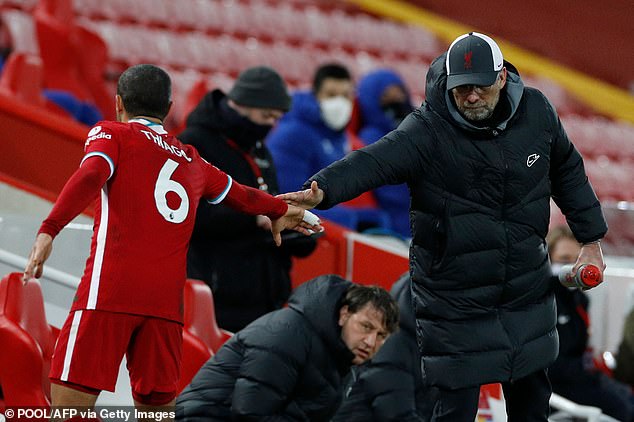 However, the Reds feel the Spain international has the talent, attitude and humility to improve

Liverpool also feel Thiago is able and willing to improve, taking the example of Ilkay Gundogan, who adjusted to Klopp’s methods at Borussia Dortmund to become a key player after initially struggling.

The Reds travel to Wolves on Monday before another away game against Arsenal on April 3 with European qualification in their sights.