SPORT. There’s a lot of it about at the moment.

We have just had the end of the Premier League season, marked by the ­brilliance of Pep Guardiola’s Manchester City, a truly memorable all- English ­Champions League final deservedly won by a ­tactically supreme Chelsea and, of course, a wonderful FA Cup victory for my own Leicester City.

The Euros kick off tomorrow with all the hope and expectation that comes with international football, says Gary Lineker[/caption]

The Euros kick off tomorrow with all the hope and expectation that comes with international football.

Premiership Rugby’s season is building to a Twickenham ­crescendo, Wimbledon will be available in all its glory, and England’s cricketers have a very busy summer.

And that’s before we even mention the Olympics and Paralympics.

There is one major difference in all those events compared to the previous 15 months of top-level sport — the attendance of (at least some) fans.

And for me, that’s what sport is really about. Of course the competition and excellence matters but its real meaning is how it affects us, how it brings us together as a community and a country.

That’s why — as we begin to come out of lockdown restrictions — sport is coming together to say thank you to everyone who has helped us through the past 15 months.

A great source of escapism

As part of the national Thank You Day on Sunday, July 4, we’ll be taking a moment to say thanks — not just to institutions like the NHS but to people who personally helped us through the last 15 months.

For me, that includes family, friends and colleagues. The reality is we all have someone to thank. Too often life takes over and we don’t get the chance to say those thank yous. I hope this day changes that.

As sports fans we have particular people to thank including all those who have helped keep sport going and who have now started the process of helping sport, and its communities, to start getting back to being a normal, everyday part of people’s lives.

That football, cricket and rugby matches have continued throughout much of Covid-19 has been a great source of escapism and entertainment for millions — bits of normality and opportunities to connect during the most challenging and disjointed of years.

But there has been a huge effort behind the scenes, and support from key workers, to allow this to happen.

We have particular people to thank including all those who have helped keep sport going.

There have also been the grass roots volunteers, patching together leagues and fixtures between the lockdowns, learning things they had never imagined so they could institute Covid-safe policies.

That football, cricket and rugby matches have continued throughout much of Covid-19 has been a great source of escapism, says Lineker[/caption]

And the council facility managers and those workers who have kept the parks and commons open and safe for use by runners and families who needed space for their kids to exercise.

That is why coming together on Thank You Day is not only important in recognising the efforts that have helped keep sport going, but to recognise the importance of sport as a force for connecting people.

What we have been seeing are the foundations for sport, to borrow a phrase, to build back better. To take some of the lessons learned during the pandemic and make sport, at all levels, even better, more accessible and more connected than ever before.

The observations about how important fans and the grass roots of any sport are to sustaining it — from its broad base to the very top — need to be more than quotes in an annual report or platitudes on the role of sport in society.

While the Government’s intervention on the woefully conceived European Super League was welcome, the main reason they got involved was because it was so unpopular with the fans. Siding with those who sustained teams through thick and thin over many years, and now more importantly than ever, should be the norm.

And it should be enshrined into the governance of sport, so some of these terrible ideas never gain the momentum where a last-ditch challenge needs to be made.

The relationship with the groups that keep teams and competitions going needs reassessing, whether that’s participation, attendance or the commercial side that delivers the investment that should mean cheaper ticket prices and better grass roots facilities.

The same goes for sport in school — too often overlooked and undervalued.

We have a generation of kids who have missed out on more than a year of school-based sporting activity.

The health and education benefits of proper physical education are clear, and that lost ground needs making up.

We all enjoy the exploits of our sporting stars and the sense of occasion and national pride a match at Wembley, Edgbaston, Wimbledon or Twickenham gives us.

It’s the start of getting back to normal and an opportunity to use the power of sport to bring people together.

But let’s use this opportunity to take some of the positives from the pandemic to make sure that sport is reconnected to its communities, that grass roots coaching and facilities are prioritised, and that our kids are given the best possible introduction to an activity that will have lifelong education and health benefits.

With a generation of kids who missed out on more than a year of school-based sporting activity, we must not undervalue sport in schools[/caption]

The health and education benefits of proper physical education are clear, and that lost ground needs making up, says Lineker[/caption]

That’s why Thank You Day is important.

It’s the start of getting back to normal and an opportunity to use the power of sport to bring people together.

It’s also a fitting way to thank all those who made sacrifices so things like football, rugby, tennis, cricket and a host of other sports can keep delivering benefits big and small.

TRIBUTE TO OTHER COVID HEROES 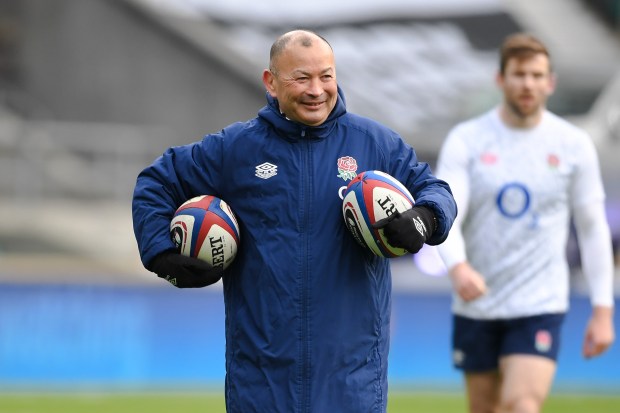 LEADING stars and organisations have come together to salute the UK’s army of volunteers who have kept grass roots sport going during the pandemic.

Their support comes ahead of plans for Thank You Day on Sunday, July 4 – when the nation is invited to pay tribute to the extraordinary efforts of ordinary people as Covid took hold.

Ahead of kicking off our Euro 2020 campaign, England football captain Harry Kane said: “We all have people to be grateful for, and the national Thank You Day is a moment we are proud to be part of. Whoever you’re thanking, join your neighbours and communities and say thank you together.”

Eddie Jones, head coach of England Rugby Union, said: “To those who have dedicated their time to keeping grass roots sport going, giving people an outlet and something to look forward to, thank you.”

Sport England, the British Paralympic Association and the All England Lawn Tennis Club are among a number of organisations supporting the idea for a day of celebration. Thank You Day, which is backed by Dame Judi Dench, the Archbishop of Canterbury Justin Welby and others, will fall a week before the Euro 2020 final is played at Wembley.

Dame Katherine Grainger, former Olympic rower and chair of UK Sport, said: “Thank You Day is a great opportunity to acknowledge the way we have all supported each other over the last 18 months.”