And then it was five. To think, there was a time not so long ago when those lost souls of West Ham could barely be trusted to walk with any great competence, and now they are running at ever increasing speeds.

A fifth straight win, a seventh game unbeaten in all competitions, and a place in the FA Cup round of 16 to go with their current stationing on the seventh rung of the Premier League – if David Moyes isn’t the manager of the season so far, then he should certainly be in the conversation.

Not that routine wins over Doncaster Rovers are the barometer of these things, and indeed only Everton would constitute any kind of scalp in that winning run, but there is a serious momentum accumulating behind this West Ham side. 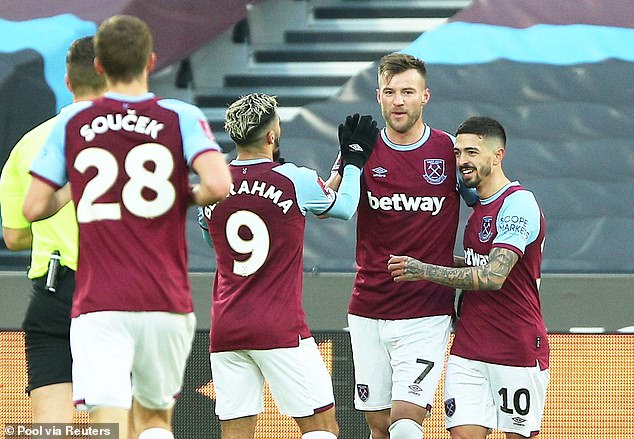 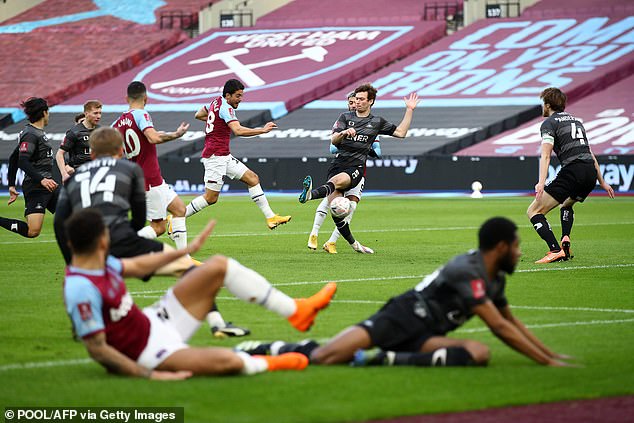 It might all be pace on the road to a brick wall, given they face the winner of Liverpool and Manchester United in the next round, but half a year on from a relegation battle, it is an exciting horizon.

This latest win was easy, and while that can be expected against League One opposition on a flat pitch, it is necessary to appreciate Doncaster arrived in London on a run of seven wins in eight games in all competitions.

They had their own good form and swagger, and yet they were behind within two minutes here and were hit for four across the 90, via Pablo Fornals, Andriy Yarmolenko, an Andy Butler own goal and a debut strike from Oladapo Afolayan. 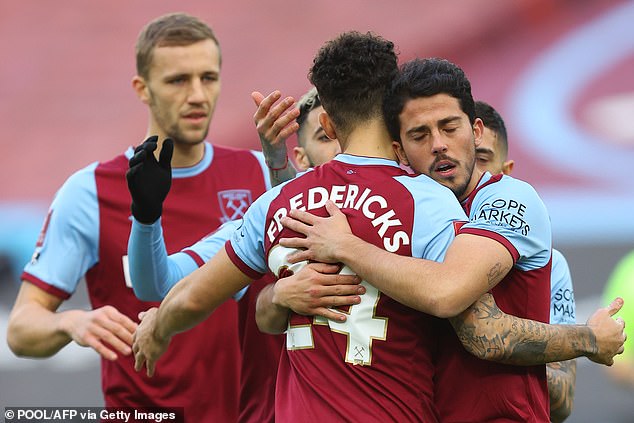 By the close, West Ham had five academy products on the pitch, had controlled nearly 70 per cent of the possession and kept a clean sheet. A solid day at work for Moyes, who left the media duties to his assistant Alan Irvine. With West Ham’s league position so safe, Irvine made it clear a cup run was now an objective.

‘It is fantastic to be through and to get four goals and a clean sheet,’ he said. ‘We’ve used the squad today but not a whole load of kids, not a weakened team – they were experienced Premier League players.

‘We know what’s coming and the importance of spreading the demands around the whole squad. But we are in a healthy situation. Why can’t we have a go at going so far in the competition?’

The rotation for this fixture amounted to seven changes to the side that beat West Brom and an entirely new back four. 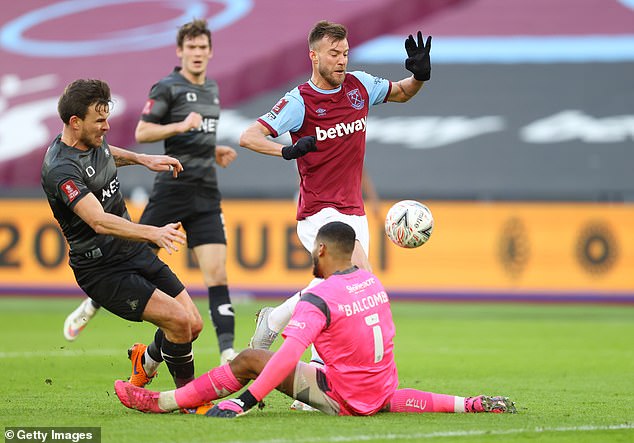 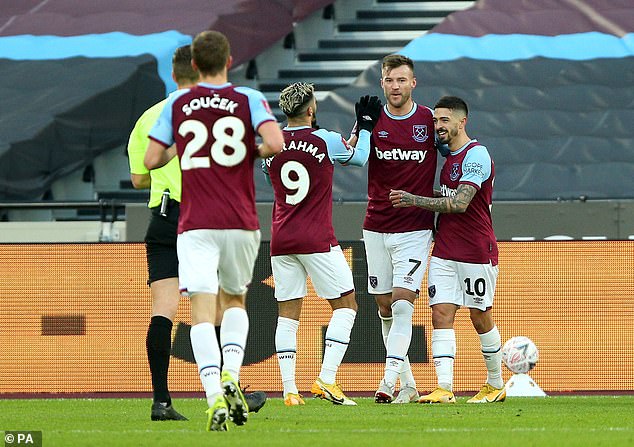 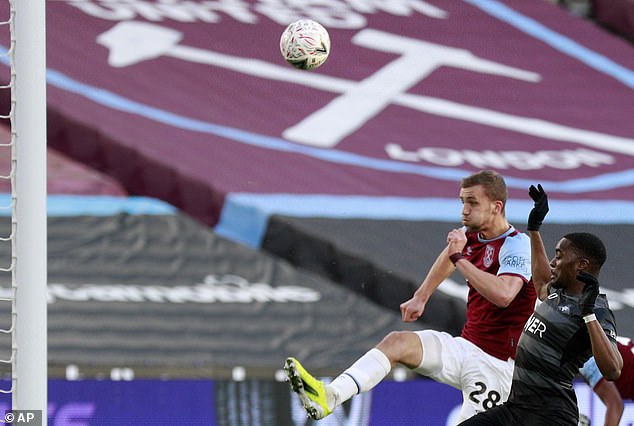 Within all that, Yarmolenko was repurposed at the tip of the attack in place of Michail Antonio, who was rested in a bench role after scoring the winner in each of West Ham’s past two games.

West Ham might be thin in attack, which is a going concern for this promising season, but for perspective on footballing disparities in cup matches, it was notable that Doncaster’s manager Darren Moore was two men short of a full bench. On the pitch the gap was no less conspicuous.

It took a fraction longer than a minute for West Ham to go ahead, with Fornals striding on to a low Ryan Fredericks cross and finishing well from 10 yards, and two more chances quickly followed for Manuel Lanzini and Yarmolenko. Both nice moves, both near misses.

The second goal, on 32 minutes, was equally attractive. Said Benrahma, in the midst his best performance since joining West Ham on loan from Brentford, was a key component, given he both won possession with an interception from Andy Butler and then threaded the pass that sent Yarmolenko through. With a chip off his left boot, Yarmolenko beat Ellery Balcombe. 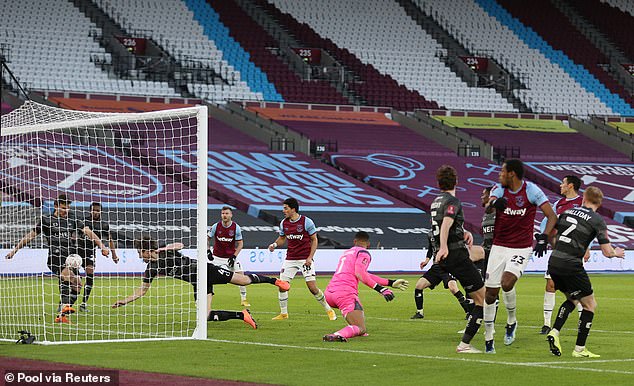 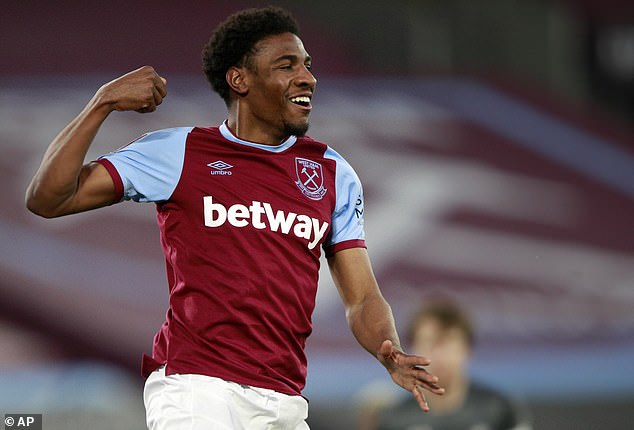 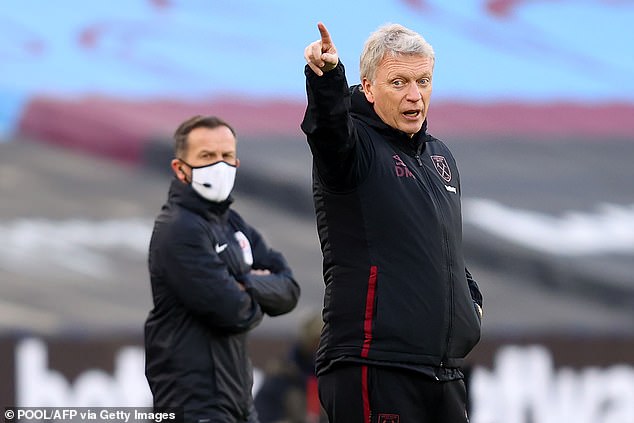 Credit to Yarmolenko – he was having a strong game and if West Ham are to sustain their Premier League pace, his ability to serve as an adequate understudy to Antonio will be key, especially as Irvine said they will not be signing a new striker ‘for the sake of it’.

The trouble with all that remains the two and a half years of evidence which suggest the Ukrainian is not nearly potent enough against top-flight defences, either as a winger or a striker.

Benrahma’s push for a first West Ham goal saw him go close with a free-kick early in the second half, and Tomas Soucek also had a pair of shots well saved by Balcombe, before Butler’s own goal for 3-0.

The origin was a Mark Noble corner that was flicked by Issa Diop to the back post, where the ball deflected in off Butler’s thigh.

After an hour Matt Smith hit the West Ham bar – Doncaster’s only decent chance of the game – but substitute Oladapo Afolayan then tapped in for a fourth on his debut.

‘It was a lesson for us,’ said Moore. ‘West Ham are making wonderful strides. In and out of possession they were a real force.’