JADE JONES is gearing up for an historic THIRD taekwondo gold medal at the Tokyo Olympics.

Though the Welsh superstar – named ‘The Headhunter’ for her high-scoring kicks – is not even the only taekwondo ace in her own household.

Jones is in a relationship with ex-taekwondo star Jordan Gayle.

The pair live in a flat with fellow taekwondo Olympian Bianca Walkden – who is in a relationship with taekwondo athlete Aaron Cook – and Jones credits them all for helping her keep up her training during lockdown.

Jones said during her BBC documentary, Jade Jones: Fighting for Gold’: “I was very lucky to have Bianca and Jordan and Aaron as well to keep us training.

“We had kind of a little training camp going downstairs – I changed my garage into a taekwondo gym.”

Gayle retired in 2015 having fought at the world championships and won titles at the -68kg division.

Flat-mate Walkden will also be competing at Tokyo, while Cook – who represents Moldova – lost in a quarter-final in May which halted his qualification.

Gayle has worked as a coach with the GB set-up since hanging up his dobok. 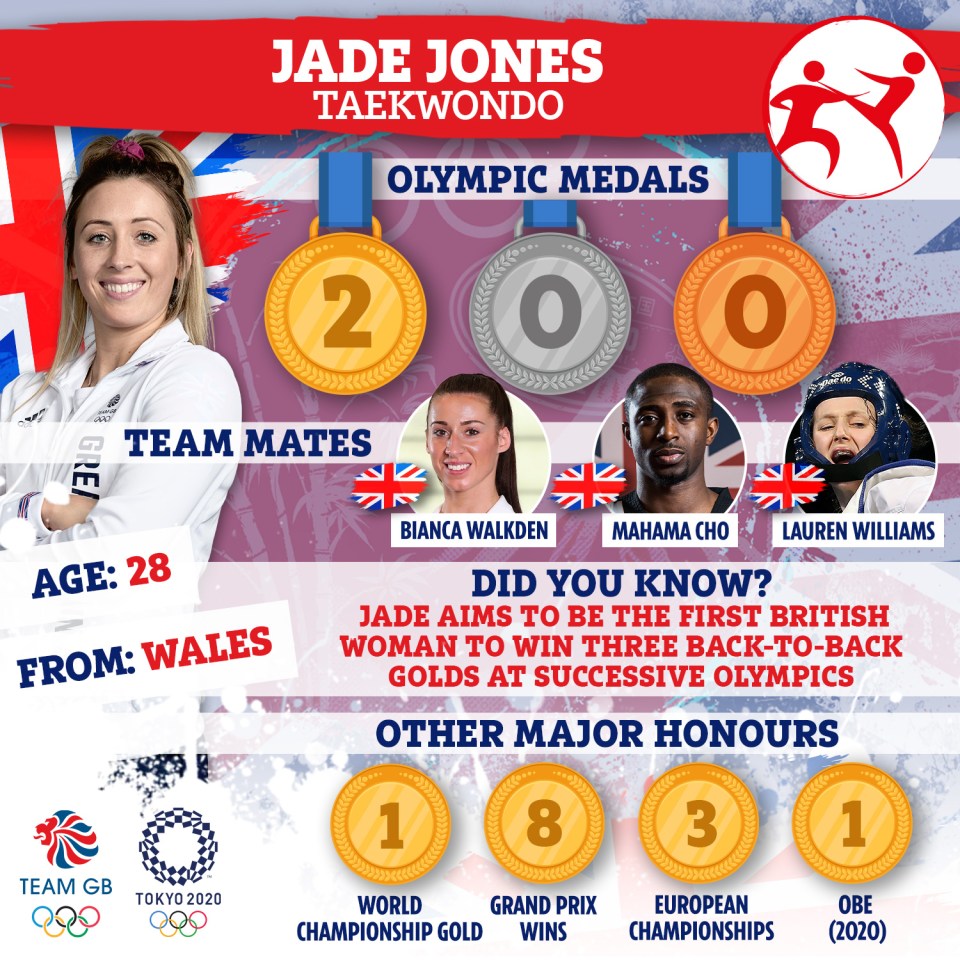 Who is Jade Jones?

Jones was born in Bodelyddan, Wales in 1993.

She won gold at London in 2012 and Rio in 2016, and will be gunning for an unprecedented third Olympic gold medal this summer.

Should she achieve the feat she’ll become the first British woman to win gold medals at three different Olympics.

And Jones is not stopping yet too. She’s got her sights on Paris in 2024.

Jones said: “I was thinking this would be the last Olympics, but [coach] Martin [Stamper] said that by the time we finish, it will only be two years to go until the next one!”

Little girl,11, born with club foot says she wanted to cut her own leg off with kitchen knife to ease pain

BBC Proms 2021 programme – schedule, dates and how to get tickets for the Royal Albert Hall