DAN Harmon is an American writer, producer, actor and comedian who co-created the Adult Swim animated series Rick and Morty.

Harmon came under fire last year for a controversial old clip that resurfaced from his past.

Who is Dan Harmon?

Harmon is a co-creator of the popular animated series Rick and Morty.

Rick and Morty is an animated series on the Adult Swim cable network about a short-tempered alcoholic scientist, Rick Sanchez, and his teenage grandson with a nervous disposition, Morty Smith.

The series has been on air for six years[/caption]

Episode by episode, Rick coaxes Morty into joining him on a series of strange misadventures across the galactic multiverse.

The show first debuted in 2013 and its eccentric animated content has captivated audiences globally.

What is the show Rick and Morty? 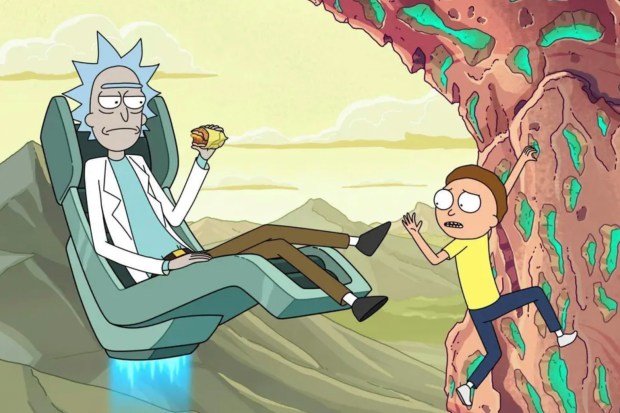 Rick and Morty is an animated series on Adult Swim

What is the controversial video that resurfaced online?

Parents of kids that are fans of Rick and Morty called for the show to be canceled in 2020 after an old video resurfaced on social media of Harmon.

Harmon parodied the popular show Dexter in 2009 by creating and taping his own pilot titled Daryl.

One clip, taken from the Daryl pilot, depicts Harmon pretending to rape a baby doll.

You can watch the clip here, but viewer discretion is strongly advised.

The posts about Harmon’s old video went viral on Facebook and Twitter, and some included the hashtag #SavetheChildren or #SaveOurChildren.

Did he apologize for the video?

When the video first resurfaced in 2018, Harmon issued a statement:

“In 2009, I made a ‘pilot’ which strove to parody the series Dexter and only succeeded in offending. I quickly realized the content was way too distasteful and took the video down immediately. Nobody should ever have to see what you saw and for that, I sincerely apologize.”

Social media users were outraged and disgusted by the clip.

“Rick and morty is tending rn because everyone’s talking about that dan harmon skit. But everyone’s forggeting justin roiland was on a show called unbelievable tales as Mr Jellybean who was a pedophile. Both creators are sick,” one former fan wrote.

“Dan Harmon is sick and disgusting, and if you agree with this, you are too” another agreed.

“Yo who watches Rick and Morty? Have u guys seen this video of Dan Harmon wtf” one Tweet read.

“Everyone tyna cancel rick and [Morty] cause dan Harmon made a shock value skit 11 years ago. Jokes on them, we been knew about that,” one user wrote to defend the series creator.

Did Rick and Morty get canceled after the incident?

Despite the controversy, the show was not canceled.

When the video first resurfaced in 2018, Adult Swim issued a statement:

“At Adult Swim, we seek out and encourage creative freedom and look to push the envelope in many ways, particularly around comedy.

“The offensive content of Dan’s 2009 video that recently surfaced demonstrates poor judgement and does not reflect the type of content we seek out. Dan recognized his mistake at the time and has apologized. He understands there is no place for this type of content here at Adult Swim.”

The video resurfacing led some social media users to believe that the show was canceled altogether, but in fact, Adult Swim has ordered six more seasons of the show.

How can I watch season five of Rick and Morty?


Everything you need to know about the new Love Islanders – who's YOUR fave?

Rick and Morty season five airs Sundays on Adult Swim with episodes to follow on Netflix, Hulu and HBO.

Why do people who have had both vaccines have to self-isolate? Hancock confirms review

Cops probe ‘neighbourhood dispute’ after dad, 57, killed in house blast as family left with ‘nothing’