By Mike Dickson for the Daily Mail

Novak Djokovic has stumbled into yet another public relations disaster after being slapped down for demanding that tennis players should get more sympathetic treatment ahead of the Australian Open.

The world No1 was not only labelled a ‘tool’ by his arch-critic, the home favourite Nick Kyrgios, but had his suggestions roundly rejected by leading government figures in Melbourne.

There were four more confirmed tests among the tennis contingent in the Victorian capital today, while British players were among a large number still prevented from going outside to practise, as had been promised. 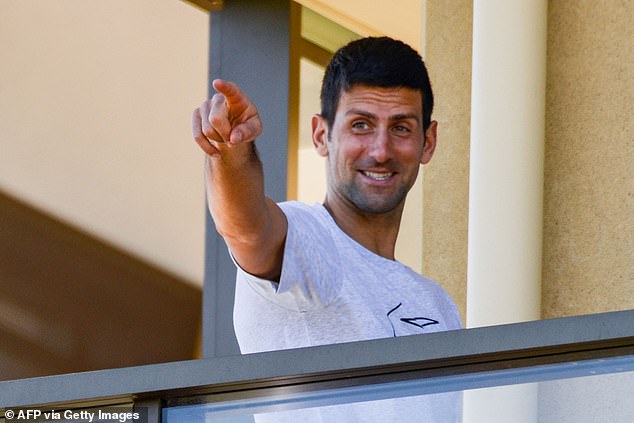 Djokovic, however, was singled out for opprobrium following his attempts to secure better conditions for players going through quarantine, as he enjoyed a more favourable environment 450 miles away in Adelaide.

Among the 33-year-old’s demands is that those players in complete lockdown should have their quarantine softened, while others should be found private housing with tennis courts.

Kyrgios led the charge on social media, while commentators in Australia wanted to know why the man responsible for last summer’s disastrous Adria Tour had any right to give lectures on matters of Covid-19 security. More significantly, Victoria’s Premier Daniel Andrews abruptly dismissed Djokovic’s ideas, mindful of the anxiety among his electorate about infected tennis personnel descending on their region. ‘People are free to provide lists of demands but the answer is no,’ he said. ‘That was very clearly laid out beforehand.

‘So the notion that there’s been any change, the notion that people weren’t briefed — I think that argument really has no integrity whatsoever. There’s no special treatment here.’

Australian former player Sam Groth, 33, was equally scathing in his column for the Herald Sun newspaper.

‘Is he serious? It’s a selfish political move to gain popularity,’ said Groth. ‘What did he think would happen? That Dan Andrews would say, “Sure Novak, anything you want”. 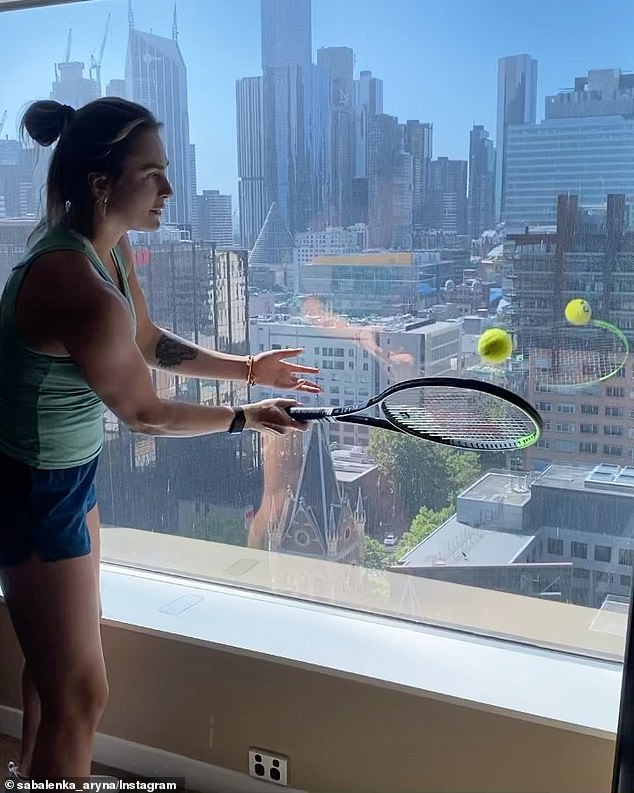 Aryna Sabalenka practices against the hotel window during quarantine in Melbourne

‘To suggest players should have shorter quarantine isn’t only ridiculous, it’s insulting to the Australians who have had to endure it.’

The group of elite players in Adelaide have also been quietly told not to post pictures of their superior facilities on social media for fear of aggravating their peers in Melbourne.

Logistical problems continued today with the likes of Dan Evans and Jo Konta still confined to their rooms more than 72 hours after arrival. The only GB player in full lockdown for a fortnight is Heather Watson, along with her coach Alex Ward, as they were unlucky enough to be on a flight with someone who returned a positive test.

Others are meant to be free to practise five hours a day, but were unable to leave their rooms. The problems lie with the buses meant to take them to and from the practice facilities.

These are organised by government agencies, not Tennis Australia. 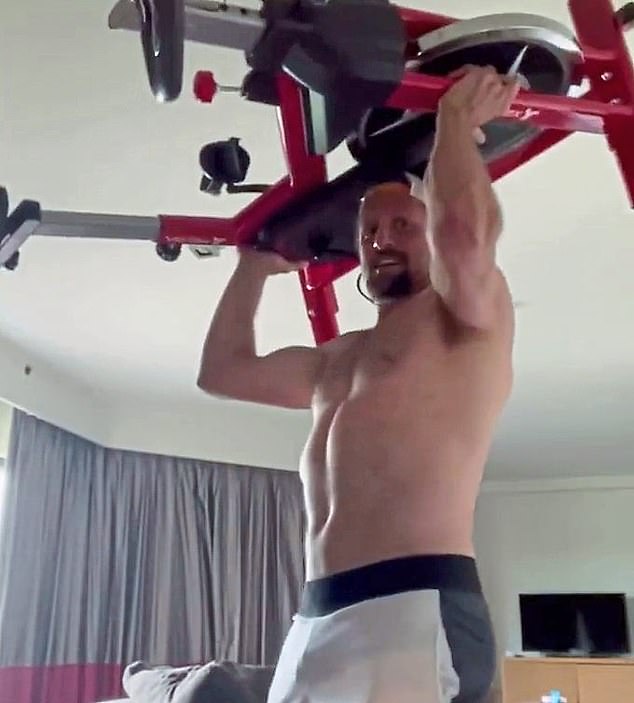 The main issue is getting the vehicles properly cleaned after each journey, leading to continual postponements for those eager to get out of their hotels.

While TA apologised to players over their continuing frustrations, a message from the ATP’s player relations team to agents and coaches said: ‘We are working hourly with TA to deliver essentials to players including better quality food, gym equipment, snacks and drinks to make your stay more comfortable.’

Away from Australia, it was announced yesterday that this year’s Davis Cup finals will be extended to 11 days and could take place across two other cities in addition to Madrid.

The season will not now finish until December 5.

Why doing the housework really can keep you fit

How Manchester City turned from noisy neighbours to silent assassins